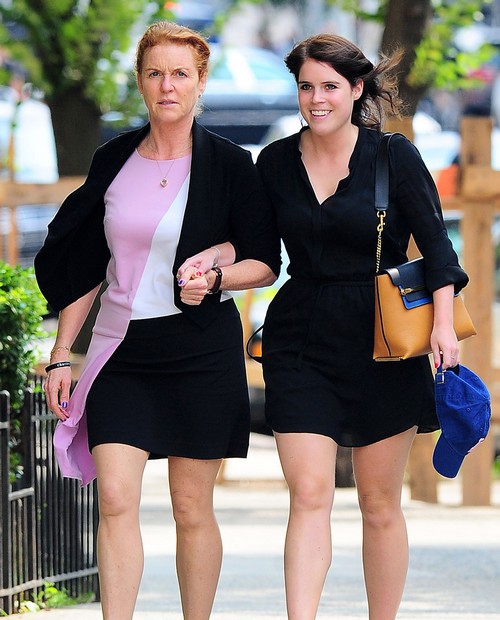 Sarah Ferguson marrying Prince Andrew again after their bitter divorce will be shocking news according to a report by GLOBE. Sarah Ferguson, Duchess of York, and Prince Andrew are preparing to remarry in a lavish royal wedding – after getting divorced nearly twenty years ago. The young couple said their “I Do’s” back in 1986, and after a series of cheating scandals they announced they were separated just six years later in 1992. Fergie and Andrew officially divorced in 1996, and Sarah infuriated Andrew and the royal family when she tried to cash in on their divorce and sell some of Andrew’s secrets to the American press for nearly $1 Million.

Since Fergie and Prince Andrew’s divorce nearly two decades ago – the couple has since reconciled and have even been living together for the last four years. However, after all of the scandal and shame Fergie brought on the royal family, she has still been public enemy number one as far as Queen Elizabeth is concerned. But, the Queen of England has suddenly had a change of heart and despite her hubby Prince Phillip’s protests, she has given Prince Andrew and Sarah her blessing to get remarried.

So what inspired Queen Elizabeth’s sudden change of heart when it comes to Fergie? Well, according to GLOBE Magazine, Fergie can thank Prince William’s wife Kate Middleton for putting in a good word for her. Apparently the Duchess of Cambridge vouched for Fergie and convinced Elizabeth to give her a second chance. We probably shouldn’t be that surprised that Fergie and Kate have each other’s backs, after all they do have a lot in common. They both married in to the royal family and have been trying desperately to avoid scandal and win over Queen Elizabeth.

So, what do you think of Prince Andrew and Sarah Ferguson having another royal wedding? Did Queen Elizabeth make a mistake by green-lighting their wedding? Is Fergie a changed woman, or is she just going to embarrass the royal family some more? Let us know what you think in the comments below!