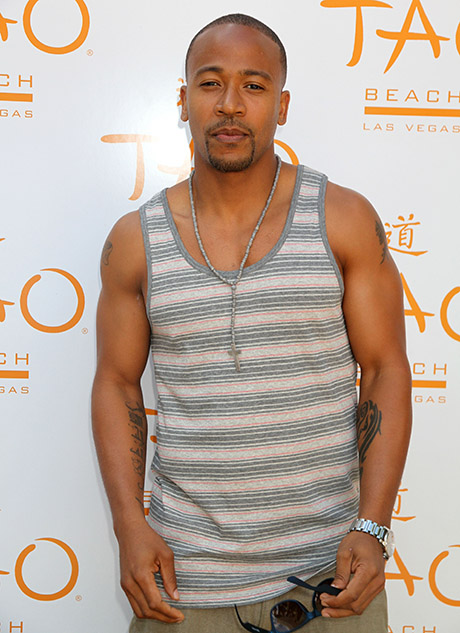 It turns out Scandal star Columbus Short is one temperamental and angry individual. According to recent reports, the actor has been thrown out of his home and his wife, Tuere Short, has filed for divorce after claiming that her husband attempted to murder her and then commit suicide. Tuere has filed a restraining order in addition to the divorce papers, which were submitted Tuesday. The restraining order outlines an attack that allegedly occurred on April 7th, wherein an intoxicated Columbus came at his wife with a bottle of wine in hand, threatened to hit her with it . . . and then he emptied the contents on her.

And that’s not all that happened. Oh, yes, if you can believe it, there’s more. He then ran into the kitchen, acquired a knife, and proceeded to pin his wife down on the couch. She claims he wanted to play a game of “Truth or Truth.” He wanted to ask her questions and for every “lie” she told he would then stab her in the leg. One lie; one stab. OMG, this guy needs to get out. Now.

Tuere says that Columbus grilled her about all the men he thought she was sleeping with and then proceeded to bring the knife to her throat. It was after this point that he claimed he’d kill her and then kill himself.

We’ll keep you updated on further details surrounding this situation/case, which just sounds crazaaaay — even crazier than a “sober” Lindsay Lohan at Coachella.