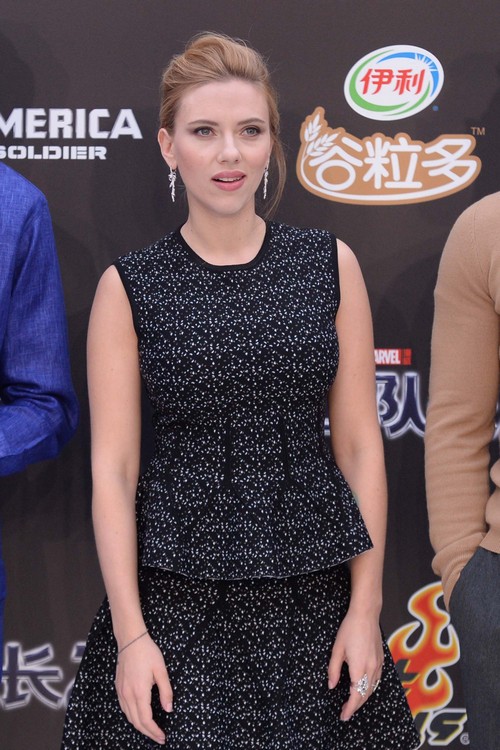 Scarlett Johansson is known throughout the globe for her ravishing good looks and her sexy figure, but there is a great deal more to love about her. She is a wonderful humanitarian, a fantastic actress and a very generous soul. Her work with the underprivileged over the years could be a template for many, but she wears it lightly. Johansson is not your average superstar of film. Here are several facts about her that will probably surprise you:

Her first acting role was a little skit on Conan during his first year on television – An eight year old Scarlett appeared on Conan for her first role and it quickly faded into obscurity. Over a decade later, Conan whipped it out during a visit to his show. It was adorable to see her at such a young age in a then and now situation. We forget sometimes how these stars are just like us. This little skit showed a very young Scarlett before she was the household name she is today. It was adorable to say the least.

Was nearly the Invisible Woman – Scarlett wowed the entire world when she donned the skin tight uniform of Marvel’s Black Widow in the Avengers and Iron Man movies. What many did not know was that she very nearly became the Invisible Woman, Susan Storm of the Fantastic 4. Instead, the very capable Jessica Alba took the role as the DC comics character. Imagining Scarlett as the Invisible Woman is fairly easy as she also has the look and body needed to pull the outfit off.

Was married briefly to Ryan Reynolds – It seems perfectly logical that the sexiest woman in the world be married to the sexiest man. Ryan Reynolds and Scarlett had a short marriage that ended after about three years. Many people don’t even realize they were together because it was largely low key. Reynolds is only one of many high profile stars Scarlett has dated. Among the rumored suitors are Jude Law, Benecio Del Toro, Jared Leto, Josh Hartnett, Justin Timberlake and Sean Penn just to name a few.

She once recorded an album of Tom Waits covers – This album named “Anywhere I Lay My Head” seems to have disappeared over the years and it is actually pretty good. Scarlett has a wonderful voice and does a good job with the covers. What is not entirely clear is why she stuck to only Waits covers. He is a favorite of hers and I suppose that is reason enough, but I would have loved to have heard some music that was a bit more suited to her voice. Either way, it is an interesting thing for Johansson collectors.

She is an avid supporter of President Barack Obama and Israel – I will leave it to you as to whether this is a good thing or not, but it is a noted fact that Johansson is a big Obama supporter and a serious friend of Israel. Whether you agree with her or not, at least she has an opinion. Many celebs don’t bother to support government one way or the other and that seems unfortunate. Why not use the platform?