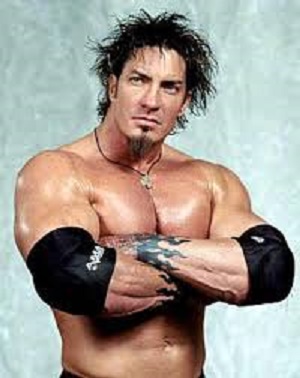 Former WCW and WWE wrestler Sean O’Haire is dead from suicide – reports are out that the former wrestler has passed away. He was found in the house by his father. Now, details are emerging about the circumstances of his death. His body was found dead next to his bed with a red rope wrapped around his neck and tied to a bedpost.

Could this be an accidental suicide? He was not hanging from anywhere. He was found lying next to his bed. Could it have been a case of autoerotic asphyxiation gone wrong? He wouldn’t be the first celebrity to pass on in that way. David Carradine from Kill Bill died the same way in 2009. Michael Hutchence from the band INXS was found dead with a belt around his neck in 1997. In the days to come, I’m sure we will find out if he had any emotional or financial issues to confirm it was a suicide and not accidental.

Sean O’Haire, real name Sean Haire, started out as a wrestler for the WCW in 2000. He then moved on to the WWE as Rowdy Roddy Piper’s protégé. His run didn’t last too long. He was done with pro-wrestling by 2006. He had a quick run with kickboxing and MMA before settling in a career as a hair stylist. Perhaps changing careers so drastically was a reason he did it or maybe he was having money troubles.

Right now, his family is waiting on the toxicology report and I’m sure they are hoping that something in his system made him do it. The NFL has former players suing them for CTE, Chronic Traumatic Encephalopathy. Maybe wrestling, kickboxing, and MMA all come with their own form of brain trauma that causes suicidal thoughts. I guess we will have to wait and see.