Sean Penn and Charlize Theron Split – Before or After He Was Caught Kissing Younger French Actress Adele Exarchopolous? (PHOTOS) 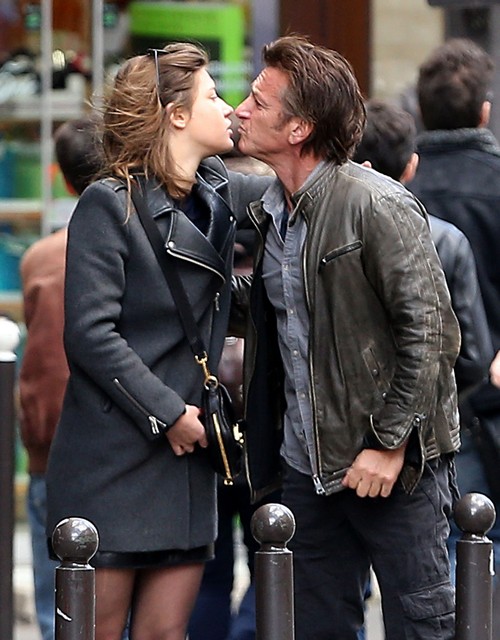 When Sean Penn was photographed in Paris last weekend kissing much younger French actress Adele Exarchopolous it raised not only eyebrows but also a lot of questions. Especially since in the days and months leading up to that Parisian lunch date Sean had been pretty hot and heavy with Charlize Theron. It makes me wonder what is really going on there. Did he think that a tryst with a younger chick would go undetected because he wasn’t in the states? If so that is just plain ridiculous because he decided to kiss one of the most popular actresses in France which certainly isn’t the way to stay off the radar.

There is also a chance that Sean and Charlize split before he left the country. She was spotted out at a birthday party with her son on Saturday looking none too happy. It was as if either she just found out he was cheating with Adele or else it took him 5 minutes to move onto another woman after splitting with Charlize. Either way, girlfriend looked really pissed off. I never understand what these women are thinking from the onset though. If you know the guy is a womanizer then why on earth do you think that you’ll be any different then all of the women that came before?

Charlize’s family and friends all had warned her that Sean was not the guy to get involved with and I’m betting that she wishes she had listened to them all now. Do you think they had split up before Sean was spotted with Adele or did the paps catch him cheating? Tell us your thoughts in the comments below!