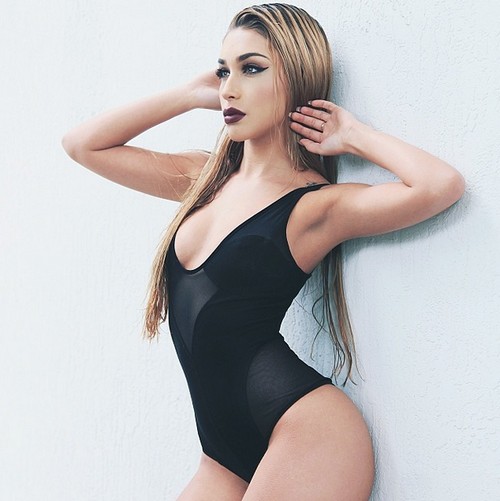 After a year of ignoring Justin Bieber, Selena Gomez ended up going back to him, albeit temporarily. It seemed like the two only managed to last for a couple of weeks before having another explosive fight, ending things semi-permanently. However, a new report from Hollywood Life suggests that even after Justin’s arrest this morning, Selena is not ‘giving up’ on her sometimes-boyfriend.

I guess she hasn’t heard about Justin’s model girlfriend, Chantel Jeffries, huh? This supposed ‘source’ tells Hollywood Life, “She is praying for him and is not giving up on him, but she is also angry at him for treating himself, his friends, and her like s–t. She knows he needs help, and wants him to get help and get better — she hopes this is a wakeup call. She is skeptical though, and is scared that he will think of [the arrest] as more ‘street cred’ [instead of] realizing that he has issues.”

It’s almost as if this source read a bunch of tabloid reports on Justin’s arrest and then put words into Selena’s mouth. The girl’s still young, you think she’ll be this mature about her ex-boyfriend? Especially one that supposedly cheated on her and was dating another woman literally days after breaking up with her? I’m sure she’s told Justin to go to rehab, and he clearly hasn’t listened. What is her incentive to continue staying invested in such an obvious trainwreck?

Selena clearly cares about her career and public image, and that’s one of the biggest reasons she’s stayed away from Justin for the last year. Sure, she had a brief relapse and got back together with him for a bit, but at least she got out again before it was too late. I doubt she’s still clinging to some hope that he can be salvaged, which he’s proved isn’t happening with this latest arrest.