Selena Gomez, Demi Lovato, And Taylor Swift Get Revenge On Miley Cyrus for Hooking Up With Justin Bieber 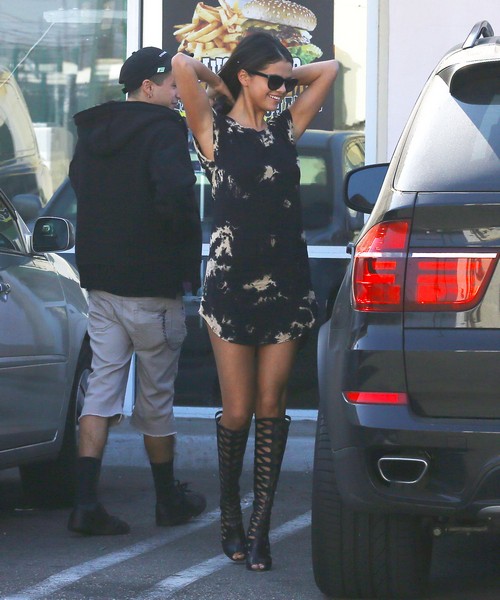 According to a new report from Life & Style Magazine, Selena Gomez is determined to get revenge on Miley Cyrus for hooking up with Justin Bieber, never mind that the Miley and Justin hookup was never proven.

The report claims that Selena has enlisted the help of BFFs Demi Lovato and Taylor Swift to get even with Miley, with a source adding, “Both Taylor and Demi know how heartbroken Selena’s been, and they hate what Miley did to her. All four girls used to be friendly, but when Selena heard Miley started making moves on Justin, it went downhill. By refusing to attend the same parties and club events as Miley — and trash talking her to anyone who’ll listen — the trio are freezing Miley out of lucrative appearances that used to net her a jaw-dropping $300,000 a night.”

Well, first things first. None of these celebrities have to rely on appearances to make their cash, so I doubt that they would ‘freeze’ Miley out that way. However, it’s definitely true that all four of these girls used to be best friends, especially during their Disney days. After all, they all grew up together, in the spotlight, in very similar situations. And unfortunately, they all went their separate ways after graduating from the teen fame program. Taylor, Demi, and Selena all seem like they’ve stayed in touch, whereas Miley’s [obviously] forging her own path – and that path might be something the other girls don’t approve.

But even then, I doubt this would all be based on a rumor stating that Miley and Justin hooked up. If this is true, then it would have to be based on something bigger ruining their friendship. Everyone hooks up with everyone in Hollywood, and honestly, you think none of them have shared a boyfriend or even a fling before? Puh-lease, they totally have.