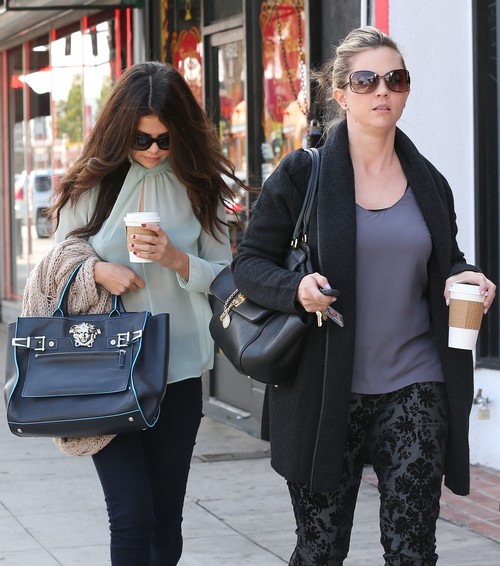 Like many other child stars and Disney Channel alums, Selena Gomez was managed and represented by her parents, Mandy and Brian Teefy (who is her step-father not her biological father).  The difference between Selena Gomez and her Disney co-stars?  She is 21 years old and STILL being managed by her parents Mandy and Brian.  Well, anyways she was being managed by them up until last month.

According to a report from TMZ today, Selena fired her parents last month.  The website also claims that Selena axing her parents wasn’t “personal” and “Selena feels she’s outgrown her parents. She believes she’s now old enough — and famous enough — to have a seasoned professional manager with other A-list clients.”

Is anyone else having some serious issues believing that there was nothing personal about Selena kicking her own parents to the curb?  Especially since she allegedly fired Brian and Mandy just days after she reconciled with bad-boy Justin Bieber, whom Mr. and Mrs. Teefy absolutely despise.  It looks like Selena Gomez had a choice to make, it was either her parents or Bieber.  There clearly wasn’t enough room in her life for all three of them.  And, Selena chose Justin.

As of right now the troubled pop-star has no manager, and it is beginning to show.  Recently she has been acting completely out of character and doing things that her parents would have never allowed her to get away with.  Since she cut Mandy and Brian Teefy loose, she has been appearing in public looking so high that she can’t walk and hanging out at the studio with Justin’s tasteless posse.  Selena also has kicked her goody-goody friends like Taylor Swift to the curb and began partying with the younger members of the Kardashian family Kendall and Kylie Jenner.

Do you think Selena made a big mistake by firing her parents?  Or do you think it was time Brian and Mandy Teefy to set the pop-star free and let her make her own mistakes?