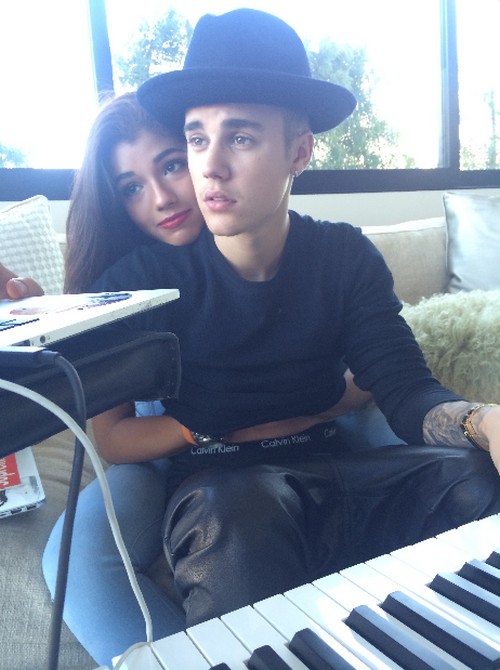 Selena Gomez‘s on-again and off-again relationship with Justin Bieber continues, often giving us whiplash between the two getting back together and breaking up in a matter of mere days. The lovebirds were dating earlier in the year, but broke up during the Coachella music festival after Selena reportedly realized that Justin was flirting with the Jenner sisters. She made a quick attempt to clean herself up after the breakup, but she didn’t succeed. Less than a few weeks later, she and Justin get back together, but their relationship lasted for even less time in this go-around. Plus, Justin seems to have gotten much more vicious this time, so maybe he’s as sick of Selena’s hypocrisy as her former BFF, Demi Lovato.

Justin has been rubbing his slew of Instagram models in Selena’s face, with the latest being Yovanna Ventura. Justin and Yovanna were rumored to have hooked up a few weeks ago, and Justin posted a picture of both of them cuddling on his Shots account last night. Yovanna also hasn’t been shy about uploading her own photos with Justin, which range from the intimate to the goofy – exactly like the pictures Selena used to upload.

There’s no question that Selena and Justin are having a major spat right now, and Justin is using Yovanna to make her jealous. It’s clearly working since Selena’s already displaying signs of getting very jealous, not to mention anger and humiliation. But even still, this temporary breakup phase will only last so long before they inevitably get back together again. Selena is addicted to Justin Bieber, and until she realizes for herself that he’s no good, there’s no breaking them up – no matter how many times Justin poses with his slew of model-types.