Selena Gomez Dumps Justin Bieber On Twitter Because She Wasn’t His Date For Scooter Braun’s Wedding? 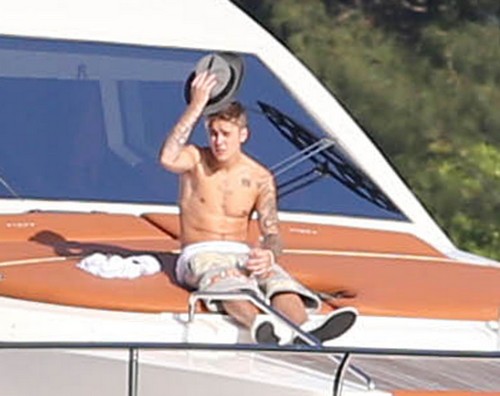 If you think that Selena Gomez and Justin Bieber have a toxic relationship, you’re not alone. Selena agrees with you, and she admitted as much through Twitter. When a fan tweeted, “Girl, LET HIM GO! It’s a toxic” [clearly referring to Justin Bieber], Selena responded with, “Yoseu’re always listened to. And usually always right.”

Is she just mad that Justin didn’t take her as his date to Scooter Braun‘s wedding, or is there something more going on here? Clearly, they’ve been fighting a lot lately, especially since Justin has been spotted in the company of his usual harem of Instagram models. However, Selena’s the queen of mixed signals and right after she posted the above messages on Twitter, she then posted a screenshot of a text message that read, “I just want to give you a hug and remind you how special you are.”

She captioned that screenshot with, “That’s who you wanna wake up to #promise.” Is she talking about Justin again? Or is she talking about someone else and trying to rub it in Justin’s face? It’s hard to imagine that she would do a complete 180 like that, dissing him one minute and then sucking up to him in the next. Clearly, she did agree with her fans that Justin is toxic for her, and yet – she can’t seem to get over him. Forget alcohol and drugs, I think we found Selena’s true addiction.

Plus, she’s risking relationships with her friends and family by staying with Justin, even though she understands that he’s not worth it. He can’t even commit to her by bringing her as his date to a wedding, so why should she stick around for him? But then again, this kind of common sense has never been Selena’s strong suit when it comes to Justin. So yes, she may agree with her fans – for now. But several weeks will go by, and Selena will once again end up back with that smug punk, getting high and going to amusement parks.