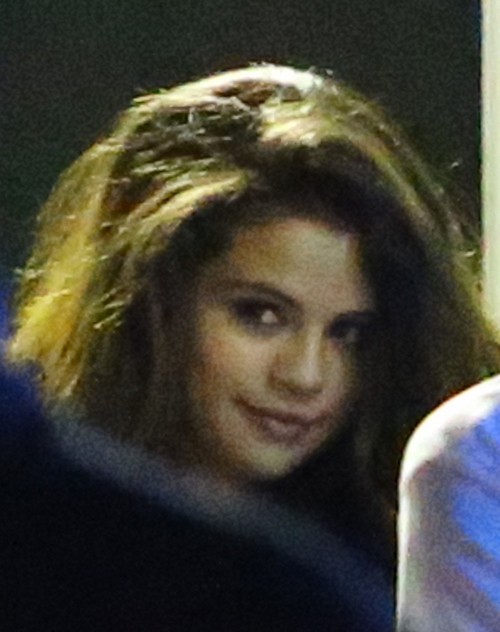 Justin Bieber‘s behavior sometimes crosses the line of despicable, and he’s so manipulative of Selena Gomez that it’s hard to feel any real sympathy for him. In fact, it’s almost difficult to feel sympathy for her when she keeps getting sucked into Justin’s little scenarios of hell, disregarding the long-term consequences on her happiness, her social life, and her career.

Justin spent a hot weekend with Selena in Canada – on June 8 Victoria Nosko tweeted:, “Had a awesome b day weekend. Thanks to @ErinWagner @JeremyBieber @justinbieber @selenagomez @CrazyKhalil had a blast!!” So this indicates that Justin is already hard at work on vulnerable Selena and he’s winning her over.

I think we can attribute all the recent issues in Selena’s life to the point that she started seeing Justin again, and everybody seems agreed on the fact that he was a terrible influence on her. But is it possible that they might actually get back together, even after he reportedly cheated on her with Kylie Jenner?

Justin liked one of Selena’s selfies on Instagram on June 4th, and his play couldn’t be more obvious if he tried. It’s been a week since his racist videos leaked all over the Internet, and he’s been in damage control mode since then. He probably thinks that getting back together with Selena will once again endear him to the public, but he’s an idiot if he truly believes that. There is nothing at this point, short of creating world peace, that would buy Justin a do-over with the public. The best thing for him to do right now is to go into hiding for a few years and let the public forget all about him.

But clearly, he’s not willing to do that, and I’m not surprised. Justin grew up having everything he wanted handed to him on a silver platter, so of course he’s not going to understand the finer aspects of an image rehabilitation. Of course he’s going to try and use Selena again, just as he’s done numerous times in the past. We’ll just have to hope that she’s finally wised up to his act this time around, and refuses to be drawn back into any relationship with him. But it looks like she has already been sucked back in.