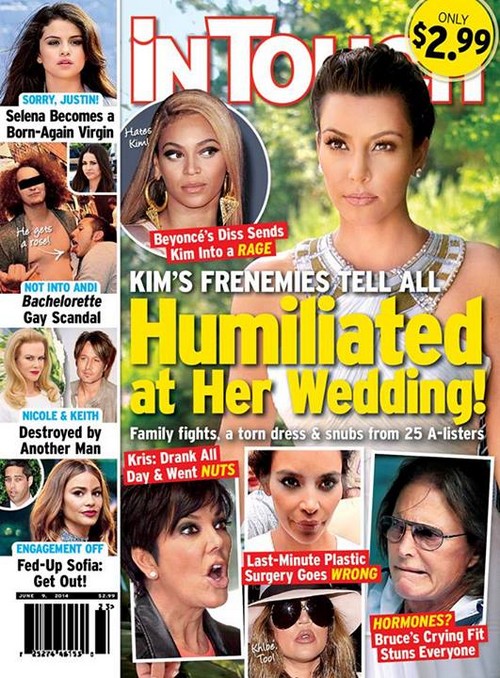 Selena Gomez recently fled the country to go find some ‘mental peace’ in Nepal, away from the media, the public attention, and most of all, her ex-boyfriend, Justin Bieber. While Justin has been flirting and/or hooking up with every model under the sun, Selena has been rediscovering herself in Nepal, and I don’t mean that figuratively.

According to reports[via In Touch Weekly’s latest tabloid cover], Selena has become a ‘born-again virgin’ – you know, one of those people that reclaims their virginity despite the fact that they’re not technically a virgin? I can’t blame her, considering it was probably Justin Bieber that she lost her virginity to. What self-respecting woman would want to carry around the taint of Justin taking their virginity for the rest of their life? Besides, it seems like Selena and Justin ended things on truly terrible terms this time around, which would explain why she ditched him on social media and ran halfway across the world to get away from him.

In Touch’s cover also has a feature on Kim Kardashian‘s wedding, and why it was a ‘humiliating’ experience for Kim and her family. Apparently, about 25 A-listers snubbed the wedding, and in addition to that, Kim had to deal with a torn wedding dress, numerous family fights, last-minute plastic surgery going wonky, and Bruce Jenner‘s hormones getting in the way. Seriously, only with the Kardashians would this kind of idiotic crap ever happen, much less play a role in embarrassing them.

There are also reports on several high-profile relationships in Hollywood being in trouble: one is Nicole Kidman and Keith Urban, who are reportedly fighting over another man. The other is about Sofia Vergara getting fed-up and kicking out ex-fiance Nick Loeb. Just another week in lovely old tinseltown.