Selena Gomez and Orlando Bloom Moving In Together – Couple Both Selling Homes – Coincidence? 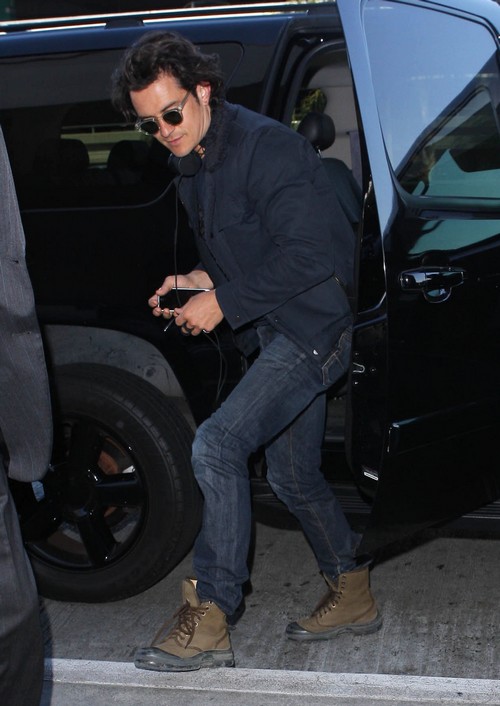 Orlando Bloom and Selena Gomez living together? Whaaaaat!? Before you scoff, hear us out. First of all, there’s no denying the fact that they hooked up – and that they’ve probably done it more than once. We can argue the semantics of what constitutes ‘dating’ and ‘relationships’ in Hollywood, but whether they did it for revenge or fun [or both], we know that there’s something between them. And so is it that far-fetched to believe that they’re planning to spend more time together, especially since BOTH of them happen to be selling their houses at the same time?

Granted, they have both also had major upheavals in their personal lives in the recent months. Orlando is selling his $4 million Hollywood Hills home following his separation and divorce from Miranda Kerr, and Selena has listed her mansion in Tarzania for $3.5 million. She’s only had the house since 2011, but hey, who’s to blame her for getting rid of the place if it contains bad memories? She and Justin Bieber spent a lot of time together in that house, and she’s probably trying to purge all her memories of him in one go. Can you imagine how Justin will freak if Selena and Orlanda shack up?

Either way, it’s a mighty coincidence that just weeks after they hooked up, both of their houses are on sale at the same time. And not only that, but there’s no word on where they’ll be living after they move their belongings out. No doubt, as Hollywood celebrities with millions of dollars in real estate, they have multiple residences around the world. But the fact that they’re selling their expensive Los Angeles homes together? Don’t be surprised if you see them photographed in the same neighborhood next.