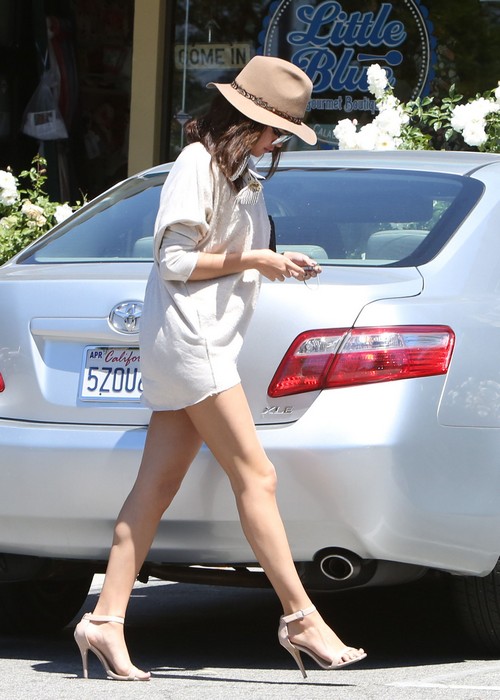 If you had told me last year that Selena Gomez would end up dating Orlando Bloom, I would have laughed in your face and walked off. But the more you think about it, the more the idea of a Selena and Orlando relationship makes sense.

Forget the age difference, because it’s Hollywood – and age is only a number, right? And plus, most celebrity couples in Hollywood have a major age difference between them. With that out of the way, we’re left with the fact that both Orlando and Selena have both had disappointing past relationships, and they’re both attractive actors with their careers stuck in a rut. Quite a lot to talk about, no? Plus, all the Miranda Kerr and Justin Bieber rumors from last year no doubt cropped up, and as several sources stated last week, Orlando and Selena may have just been trying to get revenge on their exes by hooking up.

However, even if their fling started out on a hookup basis, sources claim that they’re both getting more serious about each other now. Apparently, Orlando and Selena are just several steps away from officially dating, even as Selena is still pining for Justin to take her back. The girl’s obviously confused about her life right now, and she’s taking comfort in anything that she can – including hooking up with Orlando Bloom.

And just imagine Justin? He’s supposed to be the king of hill and here the Casanova is supplanted by Orlando Bloom! Not to mention that little Miss Selena has a court date coming up where she will testify about Justin and his attitude towards the paps. Justin better hope that Selena is willing to lie under oath to save him.

Plus, both Selena and Orlando reportedly got along very well the night that they were spotted outside Chelsea Handler’s show in LA. Sources had stated that they both were in great spirits, and spent the night laughing and flirting with each other. So if we put the revenge component out of the equation, perhaps Selena and Orlando genuinely enjoy each other’s company?