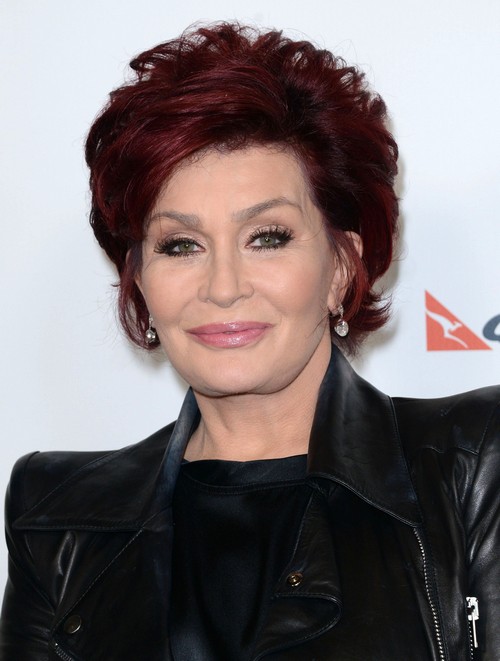 Sharon Osbourne has a big blowout at the Pre-Grammy Gala with none other than Jonah Hill’s brother – the infamous Jordan Feldstein. The music manager who recently married Francesca Eastwood last year apparently did something that set Sharon off. She was pictured flinging a glass at him. And I have to say I’m a bit thrown. Sure, Sharon has a temper but she’s never made such a public scene like that before. The closest she ever came to something similar was back when some people were insulting her family. Is that was Jordan did? Did he fly off at the mouth to the wrong person and it got back to Sharon?

According to eye-witnesses at the scene, Kelly Osbourne was the first to get into an argument Jordan. She was clearly seen wagging her finger at him whilst they were arguing. And it was only after Kelly had left did her mother step in. However Sharon happened to go beyond the finger. She was caught throwing drinks and flipping food at the Jordan. Unfortunately several people including, Sara Bareilles, were forced into ducking else they get caught in the crossfires.

The whole scene occurred at Clive Davis and The Recording Academy’s pre-Grammy gala at the Beverly Hilton Hotel E! news just happened to report. They go on to claim that no one knows what the fight was really about almost as if they too had forgotten that one of Kelly Osbourne also happens to be a long time Fashion Correspondent of the network.

But then again I’m sure their exclusive that will most likely be out tomorrow or the next coming days just in time to catch post-Grammy’s traffic will be great!