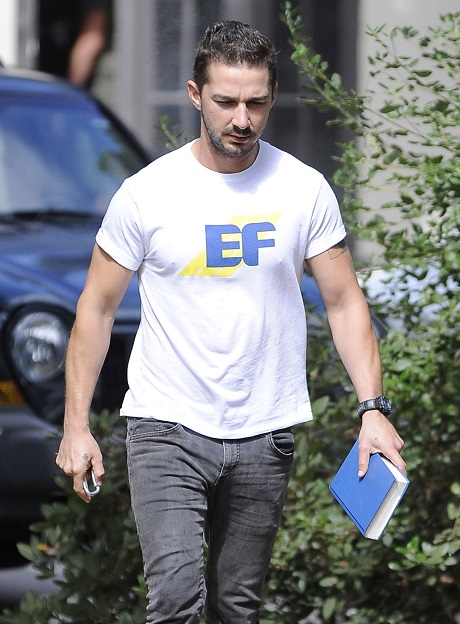 Shia LaBeouf is making headlines for all the wrong reasons, a seeming byproduct of his child stardom. What is it about Disney kids that causes them all to lose it once they reach a certain age? They do well for themselves, they hold it together, and then BAM – they start acting out, and most of them either end up in rehab or diagnosed with some condition.

Shia hasn’t reached that stage yet, but his recent arrest in NYC for unruly behavior suggests that he’s well on his way there. So what exactly is causing the actor to behave this way? According to Star Magazine, it’s the fact that he has a fugitive father.

Shia’s father, Jeffrey LaBeouf, was reportedly jailed in the eighties for ‘assault with an intent to commit rape‘. Although we don’t know too much about his case, Star reveals that he was placed on the registered sex offender list and forced to periodically update his address and whereabouts. However, Jeffrey missed his last check-in and nobody knows where he is. A cause for concern for everybody who knows him, and especially his family.

Now, Shia doesn’t have much contact with his father, but trained professionals tell Star that a lot of Shia’s issues can be traced back to his childhood. One such therapist tells Star, “The drama of what he is doing in public is actually a symptom of suffering. I recommend talk therapy. His conflict needs to be better understood, and that takes time. It is never too late, as the public is always wiling to forgive.”

I’m pretty sure that Shia’s family and friends have already forced him to seek a therapist, but the question is whether therapy will work for him. Are his deep-seated issues a result of childhood trauma stemming from his relationship with his father, or is there something else going on?