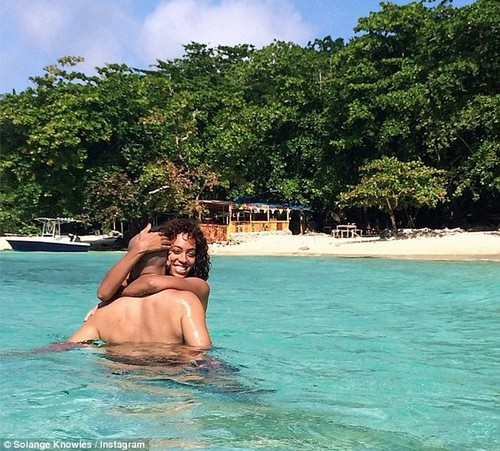 Solange Knowles is engaged to Alan Ferguson after five years of dating, and she claims it’s the most stable relationship she has ever had. She was married before to Daniel Smith, although the two divorced in 2007.

Solange recently stated, “Luckily, I dated all of the losers ages ago. My love life has been stable for a while. It’s a f–ked-up thing—without conflict it’s a lot harder to write interesting songs.”

And I guess a lack of conflict forced her to intervene in her sister’s life, considering the infamous elevator attack on Jay-Z and all. However, Solange is clearly indicating that she got over dating losers and found the ‘one’ in Alan, something that her sister can’t seem to do. Obviously, Beyonce and Jay-Z seem like the perfect couple from the outside, what with their billion dollar fortunes and their massive success.

But as we know with all of the reports that have been leaking recently, their marriage is far from perfect. Solange had to date a lot of losers to find Alan, but is Jay-Z one of Beyonce’s losers or her soul mate?

Now that Solange is getting married again, do you think she’ll insist on her sister getting divorced and going back out there in search of true love? It’s obvious that Solange doesn’t hold Jay-Z in very high esteem, and why would she? She thinks the guy cheated on her sister with Rachel Roy! But by proving that ‘true love’ is possible even after a divorce, Solange might be trying to send Beyonce a message. The only question is – will Beyonce listen?