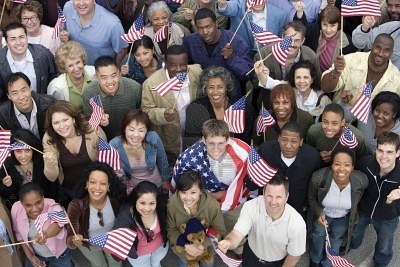 Why are people threatened by other cultures and why does this make them behave like so many racists? Seriously, I really don’t get it. Like, how close-minded do you have to be in today’s day and age to be that much of an a**hole?

Coca Cola’s Super Bowl ad – you know, the one celebrating diversity in America with several different cultures and languages represented – has become the target of the latest barrage of Internet hate, albeit from a small but vocal minority on the Internet. The last time a mainstream ad received this much racist hate, it was the Cheetos ad with the multi-racial couple.

Both times, the hate only came from a very small group of people on the Internet, whereas the majority of the comments and feedback were very positive. Thankfully, it’s the same in this case. However, the minority that is vocal is unfortunately VERY vocal.

Granted, a lot of these people are complete morons, as evidenced by one fan’s tweet [Twitter handle Scott Cartledge] saying, “What was that Coke? This is America. We speak American.” Because Americans apparently speak an unknown language called American?

Then another [named Stephanie Weaver] tweeted, “Well.. I won’t be drinking #coke anymore. We speak English in the #USA. Get over it.”

Most of these comments are in the same vein, criticizing the ad for featuring different languages singing ‘America The Beautiful‘. I’m not really sure what these morons’ point is, because the commercial’s goal is clearly promoting the idea that America is a land of many, where different cultures [and their languages] will be embraced.

What do you guys think of the criticism? Are you shocked that such a sweet and beautiful ad can inspire such vitriol? Let us know your thoughts in the comments.