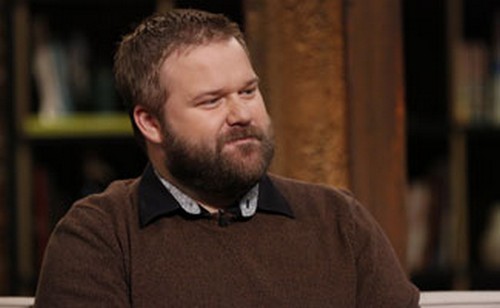 Tonight on AMC Talking Dead returns with an all new Sunday November 30, season 5 episode 8 and we have our weekly recap below for you. On tonight’s episode, the “Coda” episode is discussed with guest stars Robert Kirkman, Keegan-Michael Key and a special guest.

On the last episode joining host Chris Hardwick was Sonequa Martin-Green who is best known for playing Sasha on The Walking Dead, Christian Serratos who plays Rosita on The Walking Dead and is known on the show for her devotion to Abraham and provocative dress style and Paul F. Tompkins who is best known for his stand up comedy, but has also been in hit movies like There Will Be Blood, Tangled, Anchorman, and Tenacious D in The Pick of Destiny. Did you watch the last episode? If you missed it, we have a full and detailed recap right here for you.

Chris introduces his guests tonight is Robert Kirkman, Keegan-Michael Key and Emily Kinny will be on later. Chris asks how this would be the end for Beth, Robert says it was so hard to make this choice; a lot of hard work goes into doing these in the show. A lot of people get really connected to these characters and it’s always harder than killing people in the comics; Keegan says he was in denial. He thought Beth fainted, he really didn’t beleive they’d kill her off; he said it took a ton of balls. Chris says he was heavily effected when Beth died and then having to watch Maggie deal with it was hard; Keegan says he has no idea what Maggie can do now. She will just be a pile of emotions, she now has no actual family left; she’s lost her sister and father. Chris asks what it shows with Daryl stepping up, Robert says he wears his emotions on his sleeve; he wasn’t able to even admit Sophia was dead before. He was just so overcome with emotion that he could just shoot. Chris says he was picturing America watching Daryl cry, Keegan says it got to him; he expecting Rick to do something though Daryl has a deep sence of justice. It was hard seeing him break down, his wife was with him and he started crying.

Chris asks Keegan what he felt when Rick his officer Lamson, Keegan loves how the officer goes flying and Rick is only giving people one strike; he told him to stop but he didn’t. So he hit the cop with a car and shot him in the head, it’s so much easier. Chris asks Robert about his state of mind, Robert says he is done; he is no longer taking any crap. Keegan believes they have to destroy all threats fast now. Chris asks if Rick’s plan would have been better going gun blazing, Keegan believes they should have never done Tyreese’s plan; Beth would surely have lived. Chris asks if Gabriel is now justified being there, Keegan says to leave him behind; he believes he’s a liability. He can’t buy the savagery, then puts a baby at risk; he’d be done.

Chris watched the episode alone and was so upset over it, they got fans to skype videos for questions to Robert; the first fans asked Robert if Rick and the gang will ever get out of Atlanta. Robert says there is a hint in the comics that they do move along. Another fan calls in and asks what his favourite scene or episode this season, Robert says his favorite scene is with Morgan in the very first season where he could not kill his own wife; it showed how strong the emotions are in this show. Chris asks about Morgan now, Robert says that they haven’t seen much from him or if he’s still crazy. Robert says it’s going to be insane, the next fan asks if Daryl is against a booty call or saving himself for someone special.

Robert says they play Daryl as someone who is asexual on the show, he is very introverted. A fan asked him a long time ago about making Daryl gay; he says the possibility is there and he would have been fine with it. They decide that Daryl is straight and will show off a prominent gay character in the next part of the season. Another fan calls asking how things would be different with Rick dying and Shane lived instead; Robert says that because of the time it has taken to evolve. Shane would have been in Rick’s place much sooner, there would be a smaller group though. The last fan to ask a question wonders why Rick hasn’t told everyone there is no hope left for saving in the world.  Though they don’t get to answer the question.

Chris now introduces Emily Kinny who played Beth on the show, a lot of the fans are very upset. Chris asks how Emily feels, she says that she is scared to go on Twitter to see the reactions; though shooting the episode was stressful because she wasn’t leaving the character but the entire show. She was really invested with the show and had a lot of memories being with the cast; it was so hard to have to say goodbye to everyone. It was a job, though it added a lot of pressure having a lot to deal with in her real life and performing her last scene on the show. Robert says that Emily has to come back now, he feels so bad for killing her off. Though she brought a lot of realism to the role, it was a huge roller-coaster with how much she had changed throughout the seasons she was in; it was amazing to watch her evolve throughout the show.

Norma says carrying Emily out of the hospital was hard, he was really upset over having to leave her on the show; he loved the character and Emily was awesome to have around. Chris asks how it felt for Emily to be carried out, she was scared because everyone was upset; though after a while she thought Norman might drop her. It was easy for her, she just laid in his arms dead. Her fondest memories on the show were from season two when she first got to Georgia, she stayed at a hotel and Steven picked her up; everyone was so very welcoming to her on the show. Emily mentions that Beth decided she’d stab Dawn after finding out she was so used, though she got way too confident. Chris asks if Dawn meant to pull the trigger, Keegan says that it is the whole Noah trick at the end; she deserved to die.

Now it’s the sneak peek of the mid season premiere of The Walking Dead; all we see is someone digging up a grave and the picture of house, then we see Maggie crying and Noah as well. Gabriel gives a little service at her grave. Robert says everybody dies and that’s the end of it all; though seriously says it becomes a bigger journey now on the road.