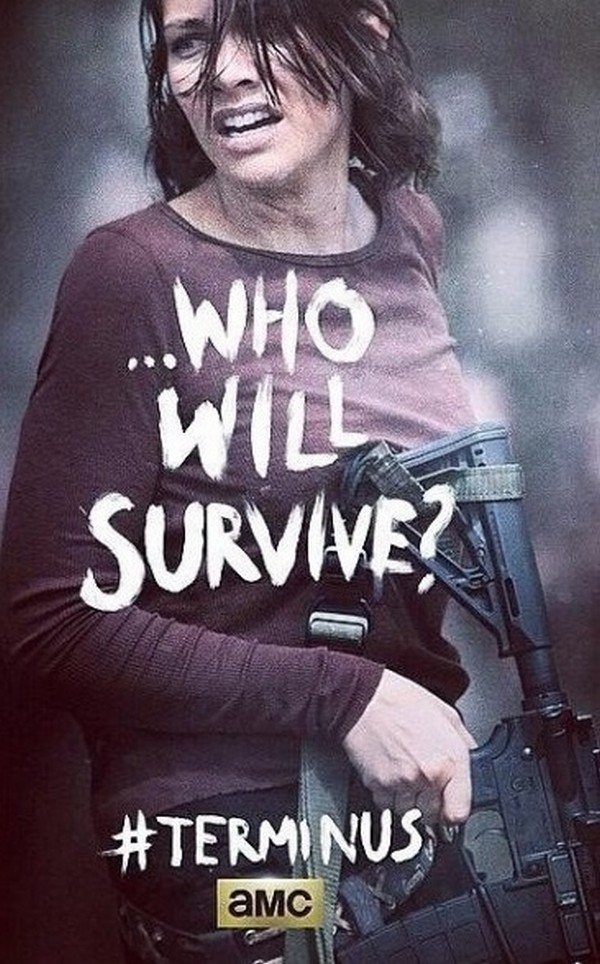 Although Walking Dead only returns with all its gory goodness in the FALL of 2014, this evening AMC is giving us special episode of Talking Dead which will be sneak peek of what we can expect in season 5 of TWD.  Executive producer Scott M. Gimple and actress Aisha Tyler will join host Chris Hardwick to discuss the upcoming season of The Walking Dead and you know you don’t want to miss this episode!

Tonight’s episode is going to be  a little different, not only will it feature special guests, but they will be talking about the upcoming fifth season.  One special guest Andrew J. West, will talk about Terminus.  This episode will be a special preview of season 5 of The Walking Dead and it sounds like it is going to be really exciting.

The Talking Dead begins at 9 PM EST and we’ll be recapping it for you right here. AMC asks viewers to submit questions in advance so what are you the most curious about this season?  Hit up the comments and tell us!

RECAP: Chris introduces his guests Scott Gimple and Aisha Tyler, Chris says it feels weird being here right now; he asks Aisha what some of her favorite moments were. Aisha loved the last episode, she asks Scott that they see a special rabbit trap and if it has to be a foreshadow to the group being in a train cart at the end like a trap. Aisha says it’s less about fighting the zombies now but how dangerous humans have become now, Scott says that The Governor let his emotions get the better of him; though they are now seeing how humans are becoming better at survival so when they cross paths it’s more dangerous. Aisha says the beginning of the season was all about seeing if people could still be alive is really hardcore; Chris says there are a few people who are somehow still alive. Scott says that he just came out of an edit and talk with the writers; he’s got a ton of spoilers on him. Aisha asks about the house at the cemetary, if it were a honey pot to capture humans; Scott says that there is back story to it. He made up the idea is that an old undertaker was there making bodies whole again before burying them, though he died on one of his runs.

Chris is with Lauren Cohan on the set, she says that this season is really cool; loving the cliff hangar at the end. Lauren says that you know it’s do or die right now, the group has to be more brutal this time alone; we will see member of the group become badasses that we never expected.

Scott says it nice having fans around new shots, but it gets a little weird when they get into the background of the filming; Aisha says if things get to good to be true than things go bad fast. Aisha says that she was upset of how the group that they walked right into Terminus. Chris asks if Terminus is full of cannibals and says even though it matches the time line of the comics where they’d get there doesn’t mean it’s that.

Chris says he loves the Star Wars reference with a characters, Scott says it was very thematic and was telling something through Terminus with Star Wars; he mentions how Luke wanted to go to the academy and become a storm trooper. Believing that it should explain Terminus, Chris asks maybe it’s unseen circumstances changing fate for people; Scott thanks him for him translating what he said for normal people.

A fan asks about naked zombies coming out, Scott says that a naked walker would be in the fields; Chris says it’s probably AMC’s policy not to have zombie dongs on screen.

Chris asks what Glenn’s group did to end up in the train car; Aisha says that just showing up probably did it. Chris mentions the Rick’s group snuck in with guns, which got them in there; Aisha believes the train cart if a cattle cart for future food. Chris asks who is the weakest survivor in the cart, Scott says on strict survivor tricks it would be Eugene; since he isn’t the best with weapons. Chris says it’s weird how they didn’t separate people, Aisha says that it’s as if they don’t fear the people they capture. Scott bought everyone BBQ on the day of a shoot; he was the only one to get really sick and believe that he killed the crew with his BBQ.

Chris asks if the whole season takes place in the train cart, Scott says it does and all the footage is live.

Aisha says that the people of Terminus probably didn’t know that all the people they have in that train cart are buddies and that they are asking for far more than they bargained for. Aisha says she loved seeing the Governor become a monster, the transformation is very interesting.

Chris says he thinks that if you take a close look at Rick he hasn’t been a great leader for a while; Aisha believes Rick has been holding onto a thread. We all thought he was a good guy, though says that Rick and The Governor were pretty much the same. Though she feels like Rick is too emotional as a leader, making choices that get people killed.

Chris says that the beginning of the season was really comfy and that in season 5 it’s just intense from the start; Scott says he was talking to Robert Kirkman about having Rick working in a garden.Though they have picken up the pace this season, he likes to start with a map of the whole plan.

Chris asks about Scott’s favorite rumor, Scott says that one was about Jon Ham to play Keegan; now we see the exclusive sneak peek of The Walking Dead. We see Carol and Tyreese in a forest hiding from some walkers.