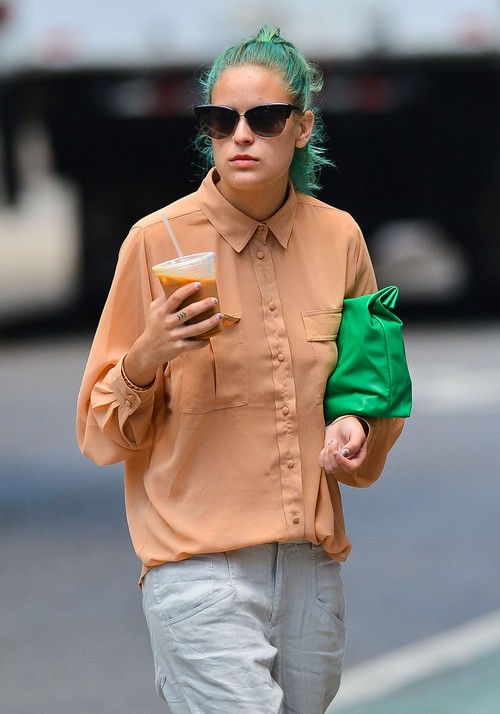 With so many bad influences in her life, including her own party-prone mother, it was only a matter of time before the daughter of Demi Moore and Bruce Willis, Tallulah Willis, ended up in rehab.

Star Magazine reports that Tallulah Willis entered the celeb-friendly center The Meadows for cocaine and alcohol abuse after her partying was growing excessively out of control. Star Magazine went on to report that on May 8, older sister Scout Willis caught Tallulah snorting cocaine at a party and spilled the beans to dad Bruce.  Radar Online reports that Bruce threatened to cut her off financially if she didn’t get help. Tallulah continued using and even began getting deeper into cocaine abuse when she moved from Los Angeles to New York in June.

As she began spiraling even more out of control, she finally called mom Demi who has a long history of drug abuse and depression. Tallulah knew Demi would not threaten, but understand because she has always been more of a friend to her than a mother. A worried Demi was there for Tallulah and talked her into getting help. Meanwhile, Demi is feeling guilty and feels as though she is the source of Tallulah’s out of control behavior.

News of her rehab stay comes days after it was reported that Willis discussed body dysmorphia for the series Stylelikeu’s What’s Underneath Project. Us Magazine shared some of Tallulah’s comments during the interview, “Sometimes I feel like parents look at me and think, ‘Oh God, thank God that’s not my kid. I struggled a lot when I was younger. Like I’m diagnosed with body dysmorphia with reading those stupid f-ing tabloids when I was like 13 but feeling like I was ugly, like always.”

Hopefully Bruce will take a little time away from his new family and Demi will hold off on yet another vacation with one of her boy toys and the parents can both rally around Tallulah to ensure she gets the help she needs.

Did you see this one coming CDLers?