Is Tamra Barney Fired or Not From Real Housewives Of Orange County? 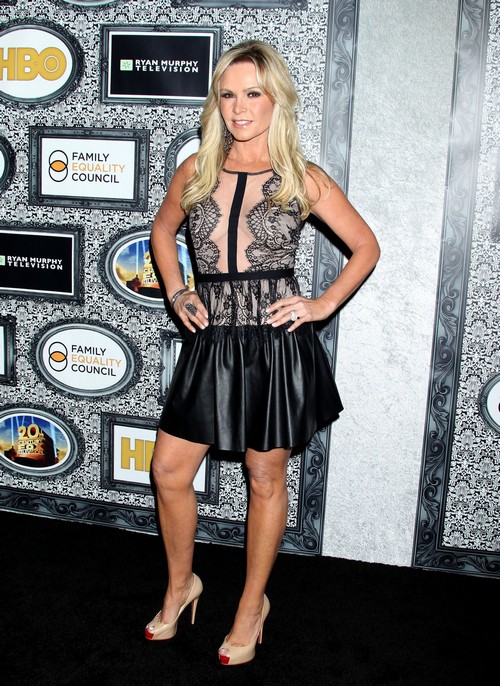 The Real Housewives of Orange County‘s Tamra Barney is reportedly fired following in the footsteps of many other housewives this season and leaving the show. And the reason for all of these housewives’ departure is pretty much the same: the network is sick of their diva behavior.

See, the housewives need to have a perfect balance of compliance and diva behavior to last on the show. They need to be compliant enough to listen to Bravo, and be willing to fake their way through various scenarios and bitch fights. But at the same time, their diva behavior is what gets most people to tune in, and it’s also what provides most of the drama on these shows. Nobody wants to watch Real Housewives to see a bunch of women knit and braid each other’s hair. No, people watch for the outrageous ‘diva’ behavior, and the yelling, backstabbing, and idiotic fights between them.

But I guess even by the Real Housewives’ already low standard, Tamra failed the bar. Radar Online reports that Tamra won’t be coming back for the show’s tenth season because of her inexcusable behavior. Plus, Tamra called out Bravo for editing the footage and making her look bad, which is a big no-no in reality TV. You simply do not call attention to the fact that these shows are manipulated behind-the-scenes. That guarantees an axe from the show quicker than anything else does.

At the same time, would Bravo be willing to get rid of the Real Housewives of Orange County’s biggest star? Tamra Barney may be a pain in the ass, but at least she’s not a convict, right? Will the network risk the drop to their ratings?