Tamra Barney Not Fired – Returning To RHOC Season 10 As A Victim! 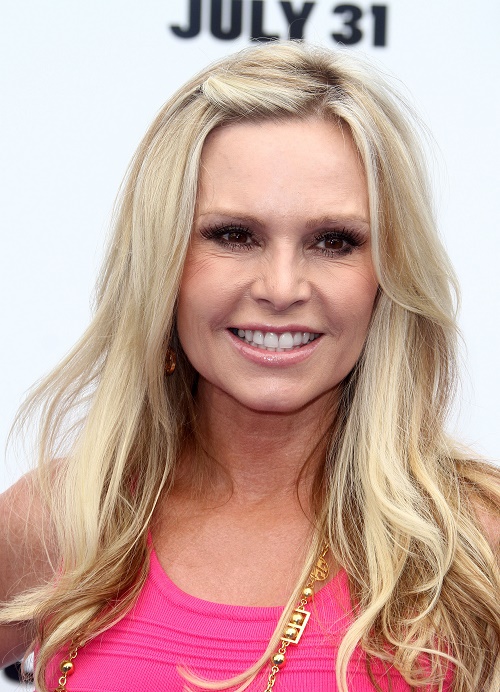 Real Housewives of Orange County fans have been clinging to spoilers and rumors teasing that Bravo was firing Tamra Barney, but it looks like the self-proclaimed “most popular housewife” has weaseled her way in to Season 10 of RHOC. Rumor has it that the Bravo producers opted to let Barney return for another season because she threatened to expose their filming secrets and how horribly they treated the housewives (because you know it’s totally inhumane to pay women hundreds of thousands of dollars to sit around and argue with each other).

Tamra Barney showed up at Bravo’s premiere of their first scripted series Girlfriend’s Guide To Divorce, because really would she ever turn down a photo-op? According to Reality Tea, Tamra boasted that she had not been fired by Bravo and was returning for Season 10. After crushing everyone’s hopes and dreams that she had been fired, Tamra Barney simultaneously reminded us all why we had been rooting for Bravo to axe her from the reality TV show.

At the Girlfriend’s Guide To Divorce, Tamra had nothing but nice things to say about her bestie Heather Dubrow, AKA the only housewife who is still willing to sit in the same room with Barney. Barney manages to throw shade at her co-stars Vicki Gunvlason, Gretchen Rossi, and Lizzie Rovsek. Tamra announced she wishes Season 9 of RHOC never happened, not because she was so horrible and rotten to the other housewives…but because she was a victim and no one had any compassion for her. Yeah, we’re still picking our jaws up off the floor.

So, RHOC fans, what do you think of Tamra Barney returning for Season 10? Were you one of the hundreds of thousands of fans that were hoping Bravo would fire her? How shocked are you that after all of the drama Tamra started – she actually thinks she was a victim last season and not a villain? Let us know what you think in the comments below and don’t forget to check CDL for all of your RHOC spoilers.