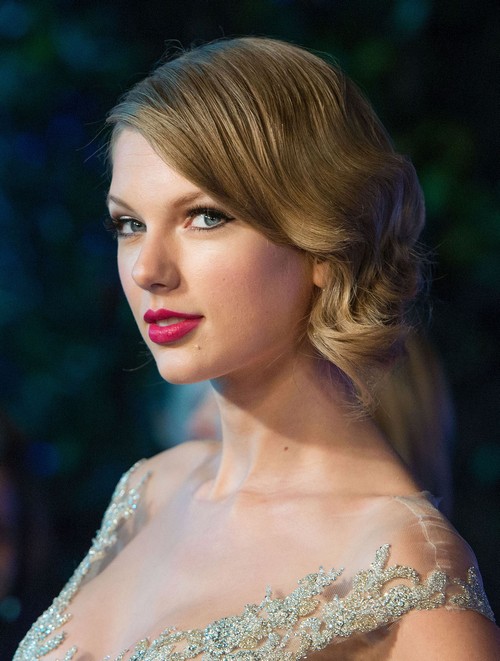 Poor Taylor Swift who has the reputation for being a relationship addict is yet again embroiled in man drama. According to NY Daily News, Taylor was seen following British actor Douglas Booth around a Hollywood party like a pretty, blond, country-singing puppy dog. Apparently, once Taylor set her sights on Booth, she became embarrassingly relentless in pursuing the actor even though he showed zero interest in becoming another hapless subject of her next hit single.

Onlookers report that Taylor took on a predatory role as she divided up her time at the party between chatting up actress Haliee Steinfield, and trying again and again unsuccessfully to get the attention of Booth. The daily news reports that since the party however despite his reported indifference to her existence, Douglas Booth and Taylor Swift have been spotted on a few dates in London; however what remains the same is that Douglas Booth only wants to be friends.

I’m going to take a second to play devil’s advocate, I think Taylor has become so much of a joke in terms of relationships that any communication with a member of the opposite sex is going to cause people to paint Taylor with a very specific unflattering brush. I think it’s entirely possible that she is dating Booth, however because of her reputation people automatically assume that fellow is drop kicking a desperate Taylor in the self-esteem and that she’ll eventually write about it. I find it hard to believe that such a talented and accomplished woman would be so desperate, and also that Douglas Booth would be so dismissive yet turn around and go out on a date with her. It doesn’t add up.

Does Taylor Swift have interpersonal relationship issues? It’s obvious that she does. However, is it really fair to first assume that every time she speaks to a man they’ll be together for 24 hrs. before he dumps her, and that when the inevitable end does materialize that it was all Taylor’s fault? I think women have been surprisingly un-supportive of her, even though women should know firsthand about rejection and the games men can play. So what do you guys think? Is it possible that the media sensationalizes Taylor’s love life? Or is she hopeless?