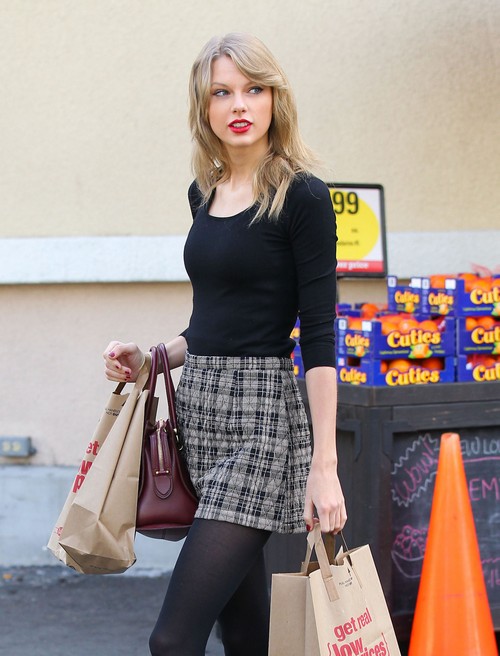 Taylor Swift must be so disappointed that Selena Gomez is back with Justin Bieber. Aren’t we all, Taylor, aren’t we all? Taylor’s history with Justin and her feelings on Selena dating Justin have been well documented, most famously at an awards ceremony where she stuck out her tongue at Selena kissing Justin. She’s clearly not a fan, and sources in the past have stated that Taylor tried her best to get Selena to break it off with Justin – permanently. It seemed as though her advice worked, considering Selena and Justin broke off their on-again/off-again relationship and didn’t get back together for the better part of the year.

Alas, that separation didn’t last long and Selena was spotted hanging out with Justin yesterday after months apart. And according to Hollywood Life, Taylor is not happy that her BFF is once again hanging out with her arch nemesis. Well, maybe that’s too harsh. But she’s not happy that Selena’s back with Justin, especially because Justin’s behavior has gotten significantly worse in the past year.

A ‘source’ tells Hollywood Life, “Once Taylor finds out that Selena is hanging out with Justin she will be very mad. This is exactly what Selena has told Taylor all along that she would not do, and now that she has, [it] will show Taylor that she can’t trust Selena.”

Jeez, talk about overreaction. I doubt Taylor’s reacting to it this strongly. I’m sure she’s disappointed, as all friends would be if their BFFs could together with their sucky ex-boyfriends, but refusing to talk to her? Um, yeah, sure.