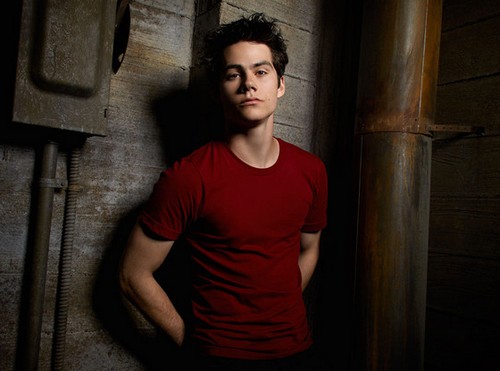 Tonight on MTV the very popular show TEEN WOLF returns with a brand new episode. In “The Divine Move,”  One last stand is made by Scott, Derek and their allies in the Season 3 finale. There is certainly going to be tons of action in tonight’s episode!

On the last episode of TEEN WOLF, while searching for Lydia, Aiden and Ethan were shot at by an unknown shooter in the woods, and later Ethan realized there was wolfsbane in the bullets.  Kira’s mother tried to teach her the board game that Stiles was playing with the Nogitsune. Later, Kira’s father discovered that the Nogitsune and Kira’s mother played the game the same way, which made her suspicious. Lydia was taken to the internment camp by the Nogitsune; the group found Kira’s mother and the Oni there. The Nogitsune took possession over the Oni, who then attacked Allison, Kira and Isaac.

On tonight’s season 3 finale Scott and Derek call upon their friends and allies to make a last stand, the battle lines are drawn.  Following the shocking death in last week’s episode we are wondering how they can follow it up.

Tonight’s episode is going to be really intense. You’re not going to want to miss even a minute! We will be live blogging TEEN WOLF on MTV beginning at 10 PM EST.  While you’re waiting for the show, hit up the comments and tell us who you think may die this season!

Tonight’s season finale of Teen Wolf starts off with Scott and Alison’s Dad, moments after Alison’s death. Her Dad is prepping Scott on what to say to the police, they have put together a story about a car-jacking.

Meanwhile Stiles’ Dad is interrogating Isaac, Isaac tells the police that he doesn’t know what happened-“it all happened too fast.”

Kira and Stiles are trying to wrap their brains around Alison’s death. Her parents tell them they need a “divine move” to turn the game around. They must find the glass jar with the Nemiton that was buried.

Isaac walks Alison’s Dad home, he reassures Isaac that he doesn’t need him to look after him, he can ignore his emotions and he will be okay. Isaac says that he needs him though. They hug.

Derek fixes up Ethan and Aiden and explains to them that if they want in Scott’s pack now is the time to stay and fight and help him save his friends.

Scott and Lydia visit Dr. Deaton, and ask him how to beat the Oni. He explains that they aren’t even fighting a person, they’re fighting a spirit that has taken the shape of Stiles. Deaton says that the nemiton won’t work, but powerful objects carves from the wood might. He says they need to find Thalia’s Alpha claws that Peter har in the wooden box.

Evil Oni Stiles arrives at the hospital in search of Melissa McCall, and he and his evil masked henchman slaughter the entire hospital staff.

Meanwhile Stiles and the rest of the cops are tied up at the police station battling an Oni of their own, and learning the hard way that bullets don’t do the trick.

Scott’s Mom and his Dad Rafael are under attack at the hospital and trapped in an elevator, and his Mom is seriously wounded.

Isaac tells Chris Argent that before she died she said something about his Dad. Chris reveals that Alison was working on a silver arrow head before she died. Isaac says he needs to see it, he has a feeling it is gone.

Lydia announces to Scott and Deaton that she can feel something happening and they are running out of time.

Chris Argent is shocked to see that Alison made five arrowheads, because “she figured it out.” And, she realized that the silver bullets killed the Oni, it’s like a poison to the demons and it needs to stay in the Oni’s bodies.

Stiles’ Dad and his deputies are all seriously injured, and have black wounds all over their bodies. The Onis just left them there to die.

Stiles, Scott, Lydia, and Kira are searching for the nemiton, they walk through the door of the school and they are standing in the middle of a winter wonderland.

Meanwhile, Scott’s Mom, Stiles’ Dad, and Deaton are all slowly being poisoned to death. Kira and Scott are trying to take on the demons while Lydia and Stiles hide. Derek, Aiden, and Ethan are still fighting Evil Stiles and the ninjas.

Stiles realizes Kira and Scott don’t stand a chance, so he picks up a sword and prepares to kill himself. Then he has an epiphany, he tells Kira and Scott to stop fighting the ninjas and “it is an illusion.” They walk through the ninjas, and get stabbed multiple times, when they push through the door they are okay and it really was an illusion. Then Evil Stiles appears, he isn’t an allusion.

Chris Argent and Isaac rescue Derek and the twins with their silver arrows, Aiden is badly wounded but they manage to kill the ninjas.

Isaac arrives at the school with the canister just as Scott bites Evil Stiles and Kira stabs him with her sword as he is attempting to transform. The bee flies out of his mouth and Isaac traps it in the canister. Evil Stiles falls to the floor and turns into a pile of soot. They have finally killed him.

As Evil Stiles vanishes, all of his victims’ wounds begin to heal-including Deaton’s, Stiles’s Dad’s, and Melissa McCalls. Stiles passes out and falls to the ground. Lydia, Kira, Scott, and Isaac gather around Stiles and he wakes up. They are all okay, except Aiden. Derek and Ethan sit with him as he takes his last breaths. Lydia rushes out of the school in shock, she can sense that Aiden is dead.

The next day they all head back to school, Kira expresses how horrible she feels about everyone losing Alison. Ethan reveals that he is leaving town, he can’t stay without his brother. Deaton gives Scott an inspirational speech about “regression to the mean,” and explains that everything won’t always be bad.

The finale ends with Kate Argent paying Derek a visit, she is very much alive, and apparently a werewolf now.