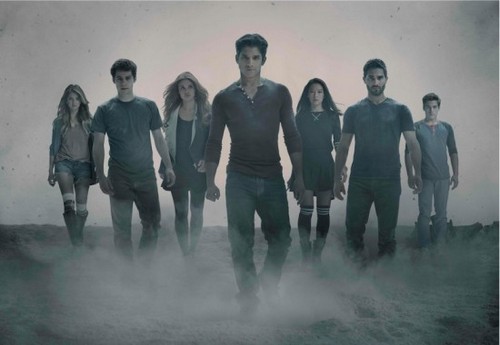 Tonight on MTV, TEEN WOLF returns with the second episode in its fourth season called “117”. On tonight’s episode, Scott turns to an unlikely ally in order to stop Kate.

On last week’s episode of Teen Wolf, in the fourth season premiere, someone had gone missing in action and it was up to Scott and the pack to rescue their friend. They headed to Mexico — and they were not there for Spring Break! This season is teased to be a big one for Derek — full of surprises! Did you watch the last episode?  If you missed it we have a full and detailed recap, right here for you.

On tonight’s episode anxious to put an end to Kate’s plan, Scott must team up with an unlikely ally. But what exactly is Allison’s aunt up to? Is she still out to destroy the werewolves of Beacon Hills? Or has her supernatural transformation altered her plot of seeking vengeance?

Tonight’s episode is going to be really interesting. You’re not going to want to miss even a minute! We will be live blogging WOLF WATCH on MTV beginning at 11 PM EST. In the meantime, enjoy the sneak peek preview of tonight’s episode below.

RECAP: Tonight’s episode of Teen Wolf kicks off at a high-school basketball game. It’s a flashback of Derek when he was a teen and had just turned in to a werewolf. Peter arrives and tells him to take the Triskelion out of his pocket and he beings chanting “Alpha Beta Omega.”

At a gas station in the middle of the night a man hears screaming from the bathroom. A woman in the bathroom is trying to fight turning in to a werewolf. He unlocks the bathroom and goes inside to check on her and she attacks him.

Scott, Lydia, and Stiles rush teen Derek to the vet. He says he can’t work miracles, and he has no idea how to wake him up. He tells them to head home and go to bed because they have school in the morning. Lydia volunteers to stay behind with the vet and Derek in case he wakes up.
Scott heads home and finds his Dad sleeping on the couch. He trips over a tool box and his Dad explains that he is working on some of the household repairs.
At the animal clinic the vet notices that Derek’s heart rate is alarmingly high. The vet tells Lydia to hold his hand, and he slices his arm with a knife. His skin heals before he is even done cutting him. Derek sits up and his eyes are bright blue. He slashes the vet’s arm and runs out of the clinic.

The next day Stiles and Scott head to school. In the middle of class, everyone’s phones start going off. Lydia calls Scott and Stiles and tells them to come to the clinic. They patch the vet off, and try to figure out where Derek could be going. They decide to head to the Hale House, he is too young to know that it had burned down.

Meanwhile Derek is already sitting in the rubble where his house used to be. Two cops arrive and Derek begins panicking because he wants to know where his mother is. They tazer him, and take him in to the station. Stiles’ dad arrives at the station and they run Derek’s prints and he realizes he is a teen Derek Hale. Scott and Stiles arrive, and he demands to know if they have been time traveling. They sit down with Derek and Scott reveals that he is an alpha.

Scott tells Stiles to take teen Derek back to his house and wait for him, and he reveals he is going to find Peter, because they need his help.

Lydia stops at the gas station with Kira, she tells Kira to fill up the tank and wanders over to the bathroom. The clerk from last night is dismembered and lying on the floor and the walls are sprayed with his blood.

Scott arrives at Peter’s and finds Maliya waiting for him outside. She insists on going with him since Lydia told her Peter is “Satan in a V-neck.” Meanwhile at Scott’s house Stiles and Derek sit down and have dinner with his Dad. Scott realizes that Scott’s Dad is an FBI agent, and asks him if he knows who killed the Hale family.

Peter is not a happy camper when he learns that Kate is alive. Peter thinks that the reason Kate changed him back to a teenager was because he still trusted her when he was a teen. Meanwhile at Scott’s house, Kate climbs in through the window and steals Derek.

Kate and Kira are trying to take pictures of the damage Kate did in the gas station bathroom, and they send the pics to Scott and Peter. Peter realizes that Kate killed the guy at the gas station because he can’t control her shifting, and she wants the Triskelion. While they are heading to the vault to stop Derek from handing over the Triskerlion, they hear a growling. It’s one of the same monsters that they ran in to in Mexico, Peter reveals that they are called Zurichs, and they have no chance of beating it. He turns and runs. Malia and Scott try to run as well, but the monster cuts them off and they realize there are two of them, and they are trapped.

Peter arrives at the vault, and finds Derek handing over the Triskerlion to Kate. Peter reveals that the coin is actually just a piece of junk, and the Hales used it teach all of their young how to change. It has no magical power, it is all in their hands.

Derek hears Malia and Scott fighting with the monsters above them and runs out of the vault to help. Scott and Lydia arrive at the school with a baseball bat, and Kira comes to the rescue. Unfortunately she doesn’t have much luck either.

While Peter and Kate are in the vault arguing, someone throws flash bombs down inside and knock them both off their feet. The smoke clears and a man’s feet walks in with a suitcase.

Teen Derek transforms in to the real Derek Hale while he is fighting the monsters, and they run off. Meanwhile Stiles and Lydia run down in to the vault, and find Peter sitting there bewildered. While he was blinded by the flash bomb a man walked in and stole the bonds he had stashed in the vault. $117 Million worth of bonds.