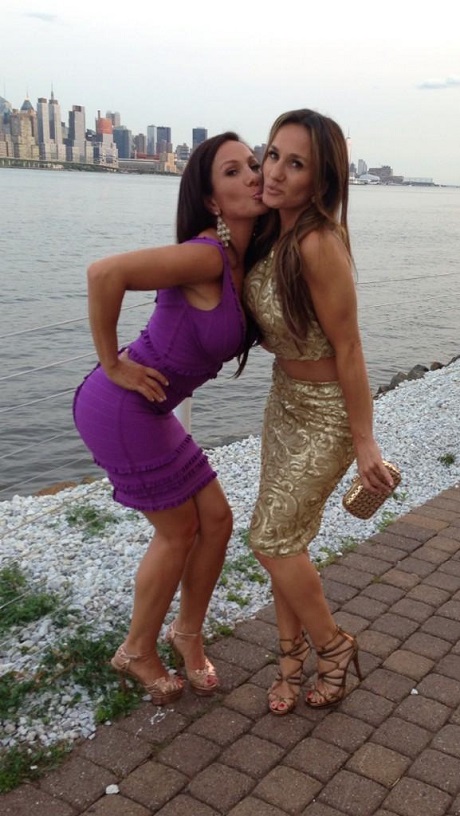 Kicking rocks is more entertaining than the current season of The Real Housewives of New Jersey. At first it seemed that Bravo execs took series favorites and replaced them with watered down versions of people that might be entertaining – but the more I learn the more I wish that they would stop sweeping the real dirt under the rug. Yes, Amber Marchese is a conniving, pot stirring bitch that has been cast just to push buttons. So what? That doesn’t make her entertaining and most longtime fans don’t like her enough to even watch her scenes.

Ironically, as Amber is creating ridiculous drama, real life situations that exist are being swept under the rug. Take the twins for example – Nicole Napolitano and Teresa Aprea. They’re a total snoozefest, right? Only because they are trying to hide the real drama. One example: last May, Teresa had such a huge fight with her husband, Angelo “Rino” Aprea that neighbors actually called the cops. Just how bad was it? Teresa was arrested on the spot for domestic violence but the charges were eventually dropped and filed in the these-are-things-we-do-not-speak-of file.

According to the Aug. 25th print edition of In Touch Weekly, Teresa and Nicole’s bad tempers are legendary. Fans of RHONJ have seen a hint of it when at a recent party featured on the show; before asking many questions, Nicole had a fistful of Amber’s weave ripped out and laying on the floor. Both ladies have said that their lives are dramatic and that does seem to be the case. Don’t you kind of wish that they would get a little more real with the fans rather than pretending that their lives are all but perfect? Should Teresa address the smack down between her and Rino now that it’s public knowledge? Tell us your thoughts in the comments below!