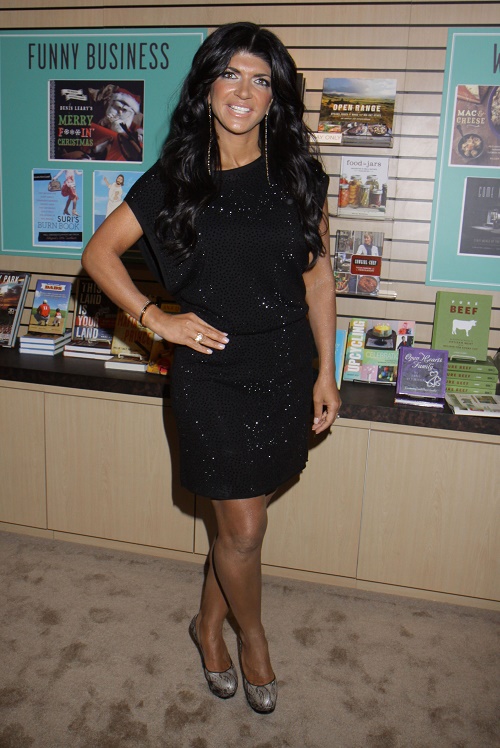 We are now mere months away from Teresa Giudice going to jail and serving out her fifteen-month sentence in the bowels of the criminal justice system. However, sources tell Radar Online that all those premature reports about Teresa Giudice landing a Bravo cooking show after her jail stint is up – well, they were all lies. Surprise surprise, Teresa Giudice is a liar. It’s like saying pigs are smelly, or the sky is blue.

In fact, sources tell Radar that there’s a lot of ‘bad blood’ between Teresa Giudice and Bravo, especially in the wake of the reunion special. The sources explain, “Teresa hasn’t been offered any new projects with Bravo. In fact, there is a lot of bad feelings where Bravo and Teresa are concerned. The network feels used, and was stunned Teresa said in court documents that the show was a sham.”

They were ‘stunned’, were they? What, did they think that Teresa Giudice was going to end up in jail without trying to fight back? She was going to drag anyone and anything she could down with her, including her husband and her reality show. Fortunately for Bravo, everybody already knew that the Real Housewives franchise was mostly scripted [as are most reality show nowadays], which means that Teresa Giudice didn’t exactly reveal anything new.

Now, with that being said, I don’t think Bravo cares about ‘bad blood’ or anything Teresa may have done in the past if she can guarantee them ratings. Unfortunately, Teresa’s criminal connections and her prison stint isn’t going to endear her to the public, so Bravo’s doing the smart thing by cutting their losses and cutting off ties with Teresa Giudice. Plus, is Bravo really in the market for a show called Prison Chef? Yeah, I don’t think so.