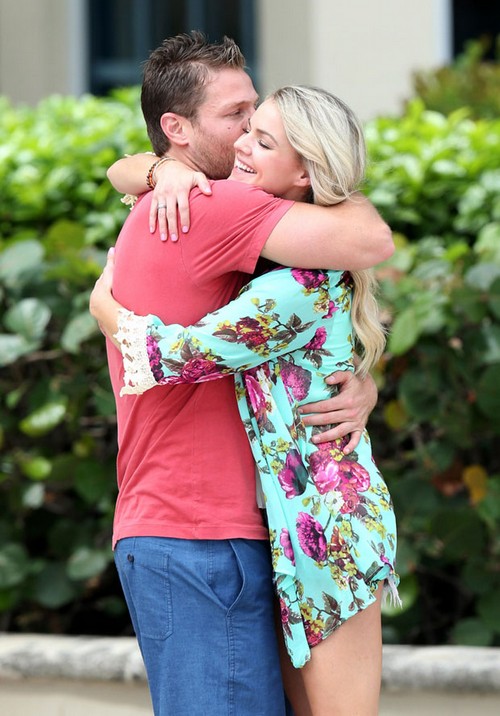 Every season of The Bachelor is kind of the same. There’s always a shady chick that is nasty as hell behind the scenes but then plays super nice in front of the dude handing out the roses, right? I mean, ABC purposely throws someone like this into the mix as a catalyst to fights and catty behavior. So of course Juan Pablo Galavis is enjoying the company of Nikki Ferrell.

According to the Feb. 17th print edition of In Touch magazine girlfriend showed up expecting not to have any real competition at all. Instead she was greeted by a bunch of gorgeous women and has decided to play dirty. I guess all of that initial confidence turned into intimidation for Nikki and so she had to embrace bitch mode. Several of the girls have talked about Nikki starting fights behind the scenes and calling other contestants fat.

Juan Pablo not only has no idea about the more vicious side of Nikki, but he also doesn’t care. The ladies have said that he really doesn’t want to hear about any of the girl drama that goes on so no one has even bothered to clue him in to things that he is obviously missing. It’ll be tough to pick a decent chick when you aren’t open to hearing anything about them! Do you think that he will give his final rose to Nikki or will Juan Pablo wise up in time? It’s rumored that the woman he does choose recently emailed out naked pics of Juan Pablo to her friends. Does that sound like a Nikki move to you? Tell us in the comments below!