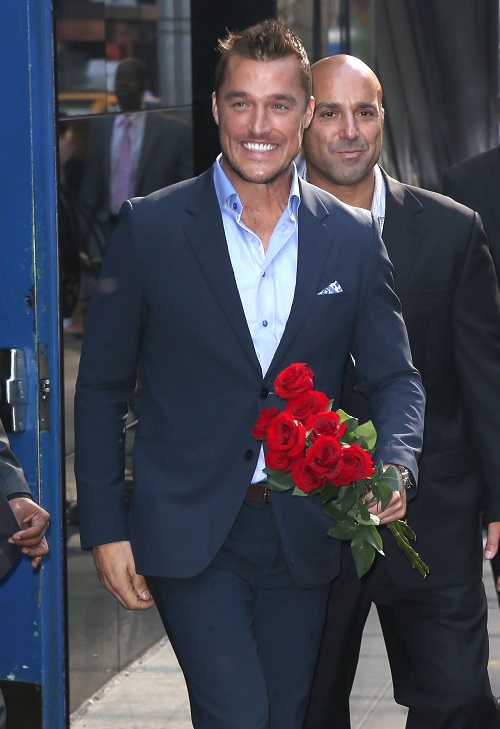 The Bachelor’s 2015 season is approaching, which means that we’re about to get bombarded with sexy Prince Farming a.k.a. Chris Soules. Chris Soules is the newest Bachelor, as most of you already know. For those who don’t know anything about Chris or the upcoming season of the Bachelor, this latest promo video will do a great job of introducing you to him.

The video first introduces him dancing with one of the girls, a.k.a. showing you that he’s a romantic at heart. I can already hear girls everywhere go ‘d’awwwwwwww’ as they watch this. However, amid glimpses of Chris Soules dancing with his various suitors, we also see a shocking moment showing a pregnancy test and Chris reeling from the surprise. Is it possible that our Bachelor gets someone pregnant this season? I mean, it wouldn’t be the first time the Bachelor slept around, but if she were to get pregnant? Well, that would throw a wrench into the whole situation, wouldn’t it?

Then again, the Bachelor’s producers are extremely famous for bait-and-switch tactics, and they could just be trying to build buzz around the show. A pregnancy test would certainly do the trick, since everyone will now be tuning in to find out whether Chris Soules actually got a contestant pregnant! However, we already know that Chris Soules ends up with Whitney Bischoff at the end of the day, so why bother with all the red herrings – right?

What do you guys think about Prince Farming and the pregnancy test? Do any of these spoilers from the Bachelor 2015 promo video surprise you? Or is the same old, same old? Will you be tuning in when the show premieres on January 5th, or skip it now that you know what’s going to happen at the end?  Let us know your thoughts in the comments below.