The Bachelor 2105 Spoilers: Chris Soules and [Spoiler] To Get Married Before Andi Dorfman and Josh Murray 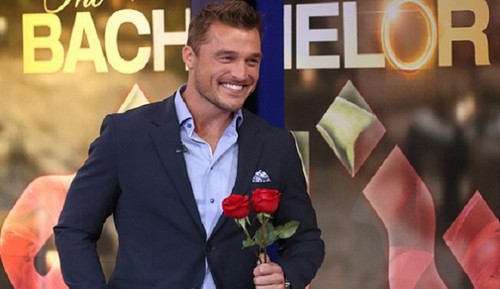 The Season 19 The Bachelor 2015 spoilers have already revealed that Chris Soules and Whitney Bischoff are engaged, and that they have already filmed the final rose ceremony at Chris’s family farm in Iowa after Whitney won of course. As usual, Reality Steve managed to sneak in some spoilers concerning the end of the show, so we at least know what we’re going into as The Bachelor 2015 starts winding down to its season finale.

However, there’s one glaring difference between this year’s Bachelor and the past season’s Bachelorette 2014 – and that is the seemingly genuine quality of the romances. Chris Soules and Whitney Bischoff have sparkling chemistry on the show, and it’s pretty obvious that they get along extremely well and have actual feelings for each other. Now, contrast that to Andi Dorfman and Josh Murray, who also got ‘engaged’ at the end of the Bachelorette after Andi slept with Nick Viall. However, it’s always been fairly obvious that Andi Dorfman and Josh Murray were faking every ounce of their relationship along the way, including the PR-sold engagement and marriage.

However, won’t it to be ironic if Chris Soules and Whitney Bischoff get married before Andi Dorfman and Josh Murray? I feel like I shouldn’t say this in public, because Andi and Josh might feel like it’s a competition. But if it was a competition, Chris and Whitney would win by a landslide. Their relationship feels and looks real, and there aren’t endless PR shenanigans being played around.

Of course, it’s still a reality show – and that means that some level of fake PR and behind-the-scenes haranguing is taking place. But at least the Bachelor is not having to force himself to marry someone he doesn’t even like. I’m convinced that is the reason that Andi Dorfman and Josh Murray still haven’t gotten married, because they seriously don’t like each other. Unfortunately, a contract is a contract, even though I’m fairly positive Andi and Josh will try their best to get out of it, at least Josh will!