The Bachelorette 2014 Andi Dorfman and Josh Murray Cheating and Jealousy: Begin Romantic Journey In A Bed Of Lies! 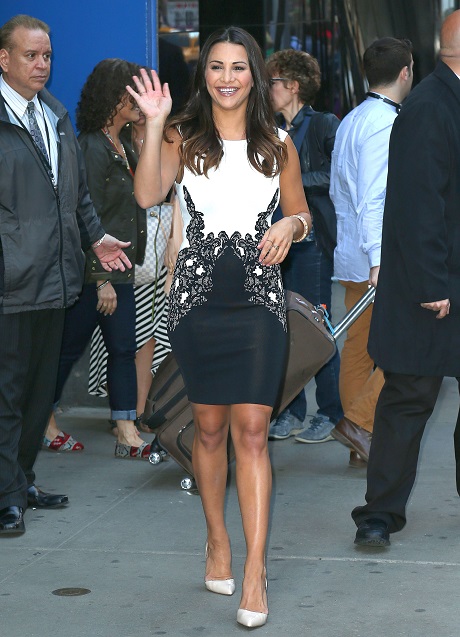 All it takes is one little lie to make people question your integrity. Or, in the case of Bachelorette 2014‘s Andi Dorfman, one really big omission. While girlfriend was more than happy to accept Josh Murray‘s proposal after only six weeks of a whirlwind courtship, she neglected to let on that the decision came after spending a hot night in The Fantasy Date Suite with runner up Nick Viall.

Nick decided to drop the golden nugget that he and Andi had sex a few days before she accepted Josh’s proposal and that disclosure has sent Josh’s head spinning. According to the Aug. 18th print edition of In Touch Magazine, he had no idea that Andi had gotten that close to Nick and because his connection was so strong with her it never occurred to him that she had that with someone else, too. Part of the reason Nick ran his mouth on live television is supposedly because he, like Josh, believed he would be marrying Andi — because of their connection.

Sources say that Josh can’t believe that his fiance was also really connected to another man and then just shut it off as if it was nothing. It makes him wonder what else she may be hiding. There has been a lot of tension between the two and a public fight to boot which is never a good sign for a new couple. Andi has talked about how she and Josh are planning their reality television dream wedding for next May 9th but they’ll have to work through some heavy issues to get there.

Will Andi, Bachelorette 2014, end up like so many before her . . . with a broken engagement and regret for even contemplating finding love on a television show? Tell us your thoughts in the comments below!