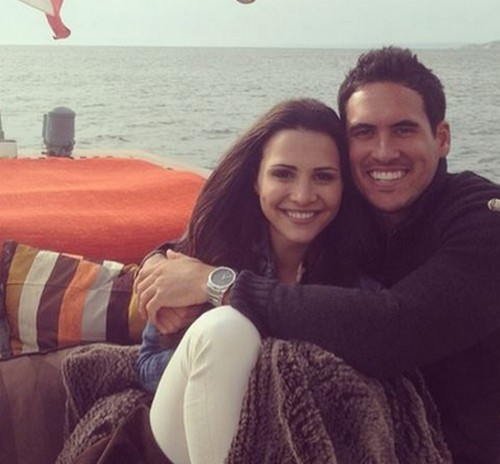 Season 10 of ABC’s The Bachelorette 2014 came to a close in July, and surely you have heard by now that Andi Dorfman and Josh Murray are officially engaged and planning their ridiculously extravagant TV wedding. To hear Andi and Josh tell it, they are hopelessly in love, and anxious to get down the aisle. But, the truth of the matter is they have several issues to work out before they can even begin to think about saying their “I Do’s,” like for example Andi’s scandalous hookup with Nick Viall or Josh’s chauvinistic controlling ways.

When Nick Viall dropped a bomb on Josh Murray and well the entire viewing audience and revealed live on the ATFR show that he had sex with Andi Dorfman, everyone knew that there was no way it would be water under the bridge. Josh Murray played his part and smiled on stage afterwards and gushed about how happy he and Andi were, but several sources have revealed that all hell broke loose once the cameras were turned off and Josh was furious with Andi for making a fool of him on live TV.

According to the August 18th edition of OK! Magazine, Andi’s hookup with Nick Viall has revealed some of Josh Murray’s ugly personality traits. OK!’s insider tells the magazine that, “Josh has a pretty jealous personality and a bad temper. Josh would take control and answer questions for Andi. Sometimes he barely let her get a word in. She’s had to tell him to let her speak for herself a number of times.” Another source told the magazine that, “Josh is insecure- and Andi is finding it really unattractive.”

So Bachelorette fans, do you think that Andi and Josh will actually make it down the aisle? Or will Josh’s jealousy issues and Andi’s scandalous behavior on The Bachelorette cause them to break up before they even finish planning the wedding? Let us know what you think in the comments below!