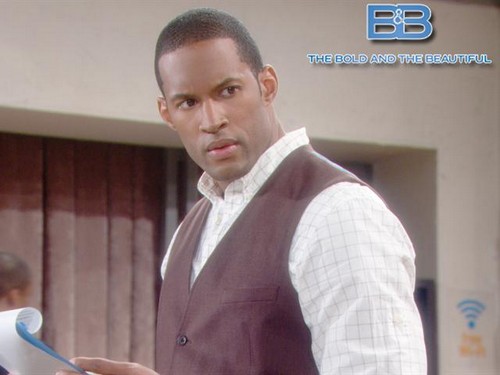 The Bold and the Beautiful spoilers tease that Maya’s ex fiancé Carter Walton will be given a chance to shine in the upcoming weeks. With Bold and the Beautiful coming and goings news confirming several key players, like Hope Logan, Wyatt Fuller, and Hope’s mother Brooke still off the canvas – it makes sense that Carter will get some more screen time. The popular character seems to always be on the backburner, but in the next few weeks he will be a central part of upcoming storylines.

Bold and the Beautiful spoilers tease that Carter gets caught up in the drama at Forrester Creations, and the last thing he wants to see is his ex Maya scheme her way to the top. So, Carter has a heart to heart with Eric and advises him not to sign the papers handing over irrevocable control to Rick Forrester. Also, Carter and Ridge’s friendship continues to grow, and Carter clues his new BFF in on Rick’s schemes and the papers he is trying to get Eric to sign. According to B&B spoilers, Ridge also opens up to Carter and discusses his true feelings about Caroline Spencer with him.

Rumor has it that Carter is also getting a new love interest, B&B spoilers recently revealed that Carter was single and ready to mingle when he discussed his lack of a love life with Ridge. Bold and the Beautiful coming and goings recently revealed that Maya’s little sister Nicole is headed to the CBS soap – and popular opinion among fan is that she might end up hooking up with her sister’s ex-fiance.

So B&B fans, are you as excited as we are that Carter is finally getting some serious storylines, other than following Maya around and dissing her (not that we didn’t enjoy that)? Do you think that Carter could become a key player on the CBS soap? Who will his new love interest be? Let us know what you think in the comments below and don’t forget to check CDL tomorrow for more Bold and the Beautiful spoilers and news.

Carter is coming into his own according to fans at Soap Opera Spy Facebook page.

Like Carter, he is a decent man & a good friend. Hope his new love is great to him.

I think it would be such sweet revenge if his new love interest is Maya’s baby sister and Maya ends up with nothing, cause Rick isn’t going to be worth much of anything by the time the family is done with him and he has NOTHING!