The Young and the Restless Spoilers: Who Is The Best Female Soap Opera Villain of 2014 (Poll)

BY Amanda Austin on December 25, 2014 | Comments: Leave Comments
Related : Days of Our Lives, General Hospital, Poll, Soap Opera, Spoiler, Television, The Bold and the Beautiful, The Young and the Restless 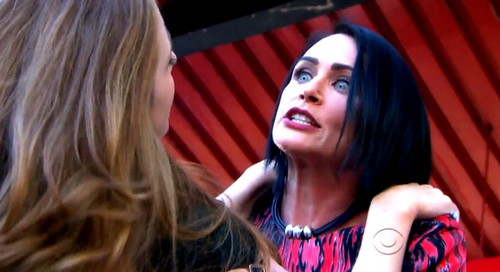 The Young and the Restless spoilers brings you a special poll to enjoy. 2014 has been an eventful year for the daytime soap operas: The Young and the Restless, Days of Our Lives, General Hospital, and Bold and the Beautiful. With the New Year quickly approaching – it is always fun to look back on all of the exciting spoilers, rumors, coming and goings, and storylines we have reported over the last 12 months. CDL has decided that instead of putting together our opinions of the Best & Worst soap opera moments of 2014 – we would let our readers vote. Then, right before we bring in the New Year we will release all of the results! Below, we’ll be voting on the Best Female Soap Villain of 2014, and which leading daytime lady did the most damage this year. Here are the contestants, and don’t forget to vote in the poll below:

Quinn Fuller (Bold And The Beautiful): Wyatt’s mom Quinn sure spiced up the CBS soap during 2014. She kicked off the year seducing Bill Spencer and tormenting Liam, and even threatening him with a sword. Then Quinn followed Hope to Paris and pushed Ivy in to the river – setting off a string of events that resulted in Hope marrying Wyatt instead of Liam, oh and then there is the whole stressing Hope out to the point that she fell down a flight of stairs and lost the baby. Although, we’re not entirely sure Quinn is technically to blame for everything on that list – the other characters on B&B sure do blame her.

Phyllis Summers (The Young and the Restless):  When Y&R spoilers revealed that Phyllis would be waking up from her coma and heading back to Genoa City, no one realized just how mad at the world the red-head would really be. Although Phyllis hasn’t done anything super evil since she returned to GC, she definitely hasn’t been nice…to anyone. We’re going to have to agree with Kelly on this one, that year of sleep just made her b*tchier.

Kristen DiMera (Days Of Our Lives): When Eileen Davidson returned to Days of Our Lives this year, she came in like a lion, and well she left like a lion too.  After kidnapping Daniel and trying desperately to win back Brady, and then a bizarre fling with Daniel – Kristen decided she had worn out her welcome. So, she packed her bags, stole Theresa’s embryo, and hit the highway.

Helena Cassadine (General Hospital): Oh Helena. Where do we even begin? When General Hospital spoilers revealed that Helena was returning to the ABC soap, we knew GH fans were in for a treat.  Since her latest revival from the dead Helena has brainwashed Jason Morgan, is allies with a Luke Spencer imposter, orchestrated Cesar Faison’s escape…shall we go on?

Maya Avant (Bold and the Beautiful): Remember sweet and innocent Maya on Bold and the Beautiful?  Yeah, neither do we and we never would have expected to be adding her to a list of female villains.  But, in 2014 Maya dumped poor Carter, outted Caroline and Ridge’s make-out sessions, seduced Rick Forrester, and is now scheming to take over Forrester Creations.

Ava Jerome (General Hospital): Ava Jerome is a bad-ass, although it’s hard to like her at times – you have to give the mobstress credit where credit is due.  She killed Connie, pinned the murder on drunken AJ, then tried to kill AJ, blackmailed Carlos, seduced her daughter’s ex-husband, sold out her own brother…and then had sex on a man’s grave with her boyfriend’s father.

Nina Clay (General Hospital): When GH spoilers finally confirmed that Michelle Stafford would be playing the part of Silas’s comatose wife, we knew all hell was about to break out in Port Charles.  Nina played everyone and rode around town in her wheel chair, but behind closed doors she had a hit list, drugged and raped her own husband, and then when she found out she couldn’t get pregnant – she stole Ava’s baby and tried to run off in to the sunset with her and crazy Franco.

Theresa Donovan (Days of Our Lives): We’re not entirely sure is Theresa belongs on a villain list, or America’s dumbest criminals list.  But, considering the fact that she nearly killed her own father-in-law John Black with a fire poker and put him in a coma, and then pinned the assault on her drugged up hubby Brady – we figured we should add her.