The Bold and the Beautiful Spoilers: Ridge and Bill Brawl – Quinn and Ridge Conspire Against Brooke and Bill’s Marriage

BY Amanda Austin on May 20, 2014 | Comments: 4 comments
Related : Soap Opera, Spoiler, Television, The Bold and the Beautiful 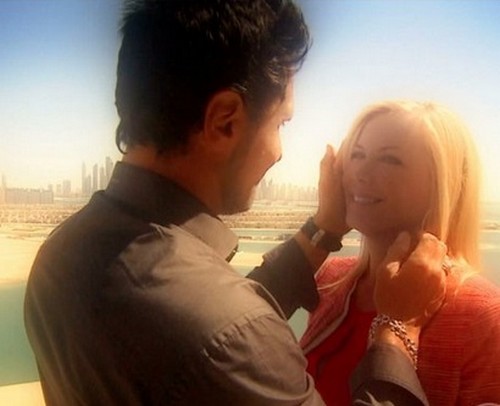 There is an epic battle of egos developing on CBS’s daytime drama The Bold and the Beautiful. We’ve seen it coming for weeks now, but Ridge Forrester and Bill Spencer are finally going head to head, over Brooke Logan. Ridge and Brooke have years of history together, however Ridge recently confessed he is in love with her sister Katie, and left Brooke high and dry and asked Katie to marry him. After Ridge dumped Brooke, she accepted Bill’s proposal, and is now engaged to marry him. Despite the fact that Ridge is with Katie, he refuses to allow Brooke to marry Bill Spencer.

On the May 20th episode of Bold and the Beautiful, Ridge pays Bill a visit and informs him that he will not allow Brooke to marry him. Bill politely reminds him that he is engaged to Katie and he needs to worry about his own fiancée. Ridge goes on to threaten Bill and tell him to “stay away from” his son RJ. Bill, added fuel to the fire by snapping back that it would be impossible for him to stay away from RJ when he “is sharing a bed with his mother.” The egotistical duo wound up in a no holds bar brawl on Bill’s desk in the middle of his office.

Ridge isn’t the only B&B character that is determined to thwart Brooke and Bill’s wedding, Wyatt’s mother Quinn is bound and determined to make sure they don’t say their “I Do’s” as well. And, she only becomes more determined when she tries to seduce Bill and he turns her down and informs her that he is going to remain loyal to Brooke.

According to Bold and the Beautiful spoilers, Brooke and Bill head to Dubai on May 22nd to get away from all of the drama, and say their “I Do’s” in a private beach wedding. Irate that Bill is going through with the wedding, Quinn sends Ridge a photograph she took of herself and Bill in bed and informs Ridge that she had an affair with Bill. Ridge, who is also determined to derail their wedding packs up and races to Dubai to show Brooke the photograph of Bill and Quinn.

So B&B fans, what do you think of Ridge’s behavior lately? Is he totally crossing a line by trying to stop Brooke and Bill’s wedding, or does he truly have a right to fly all the way to Dubai and do so because he is RJ’s father? And, what about crazy Quinn? Why is she so determined to ruin Bill’s relationship with Brooke? Let us know what you think in the comments below and don’t forget to check CDL tomorrow for more Bold and the Beautiful spoilers.