The Bold and the Beautiful Spoilers Week of October 20: Hope’s Major Meltdown Over Quinn and Deacon – Eric Announces The New CEO 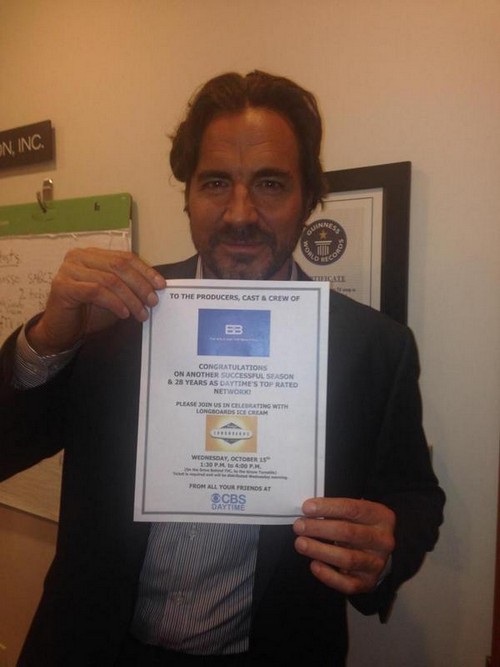 The Bold and the Beautiful spoilers for the week of October 20th-24th reveal B&B fans will not want to miss a single soapy episode. The battle for the CEO position at Forrester Creations really heats up between Ridge and Rick, and it becomes clear that whichever brother has Caroline by their side has a clear advantage.

Monday October 20: The Bold and the Beautiful spoilers reveal that on October 20 B&B fans can expect to see Hope have another major meltdown when she learns that her father Deacon has been canoodling with her monster-in-law Quinn Fuller. Hope gives her father an ultimatum and tells him he has to choose between her and Quinn.

Tuesday October 21: Hope gives her father an ultimatum and tells him he has to choose between her and Quinn on Tuesday’s episode of Bold and the Beautiful. B&B spoilers have teased some major sparks flying between Deacon and Quinn and it is becoming clear he actually cares about her, so it will be interesting to see what Deacon decides to do.

Wednesday October 22: Bold and the Beautiful spoilers tease some major drama on Wednesday’s episode of the CBS soap opera as Maya continues to try and break up Rick and Caroline’s marriage by exposing Caroline’s affair with Rick. Carter makes a valiant effort to try and stop Maya’s scheming, and Ridge and Katie have a heart to heart about how he plans to secure the CEO position.

Thursday October 23: B&B spoilers reveal that Forrester Creations is buzzing with anticipation of Eric Forrester’s big announcement. Rick is certain he will be named the next CEO with his wife Caroline at his side, he believes they will be the next generation of Eric and Stephanie Forrester.

Friday October 24: B&B fans will not want to miss Friday’s episode of Bold and the Beautiful, Eric finally announces who will be named the next CEO of Forrester Creations, and the fall out is huge. Meanwhile, Katie fills her sister Donna in on Ridge’s big plan.

So B&B fans, do you think Deacon will give up his growing relationship with Quinn so that he doesn’t lose his daughter or future grandchild? How do you think Eric will respond when he learns about Ridge and Caroline? Who will Eric name the next CEO? Let us know what you think in the comments below!