The Bold and the Beautiful Spoilers: Hope Rushed To Hospital – Wyatt’s Marriage In Trouble – Deacon and Quinn Split

BY Amanda Austin on December 8, 2014 | Comments: one comment
Related : Soap Opera, Spoiler, Television, The Bold and the Beautiful 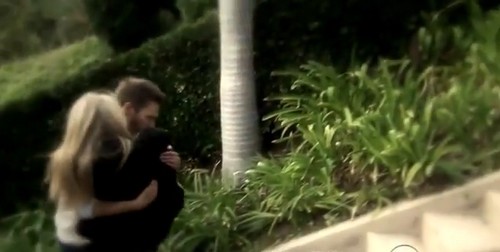 The Bold and the Beautiful spoilers for December 8-12 tease an emotional week of episodes for the CBS soap. Hope Logan’s accident creates a ripple effect on B&B and there doesn’t seem to be a single relationship that isn’t strained by her serious fall. According to Bold and the Beautiful spoilers – this is what B&B fans can expect to see this week.

Monday December 8: Bold and the Beautiful spoilers reveal that Liam Spencer comes rushing to Hope’s aid after her dangerous fall down the stairs to the garden – her concerned ex takes Wyatt’s wife straight to the emergency room. B&B spoilers tease that Liam stands by Hope’s side while she nervously awaits news on her baby’s fate. Meanwhile, Wyatt and Deacon are completely unaware of what happened to Hope – and bicker over the restraining order that Wyatt is trying to serve his mother.

Tuesday December 9: On Tuesday’s episode of Bold and the Beautiful, spoilers tease that Hope’s life-changing tumble down the stairs has inspired her to come clean to Liam and once again discuss their feelings for each other. Meanwhile, Liam’s half-brother Wyatt does some serious soul-searching and questions his future with Hope Logan and the state of their marriage.

Wednesday December 10: Deacon and Quinn really seem like the perfect couple, you know besides the fact that she is stalking his daughter. Bold and the Beautiful spoilers tease that Hope’s accident, and the fact that Quinn was there, puts a serious strain on their relationship and it could be the end of the unlikely love match.

Thursday December 11: Across town, Ivy ponders leaving Los Angeles for good, after recent revelations with her boyfriend Liam Spencer, and a nasty battle heats up between the Forrester Family and the Logan Family. Bold and the Beautiful spoilers also tease that Hope and Wyatt have an uncomfortable discussion about their future as a married couple.

Friday December 12: According to Bold and the Beautiful spoilers for the December 12 episode of the CBS soap, Bill continues to woo Ridge’s fiancé Katie and sparks fly between the two exes. And, in other B&B news – Liam and Hope’s relationship comes to a fork in the road. Rumor has it that December 12 will be Kim Matula’s final air date as Hope Logan.

So B&B fans, do you think that Hope Logan lost the baby? Does that mean that her and Wyatt’s marriage is over? Is she getting back together with Liam? What about Deacon and Quinn, is their relationship over as well? Will Ivy Forrester really leave town? Let us know what you think in the comments below and don’t forget to check CDL tomorrow for more Bold and the Beautiful spoilers and news.