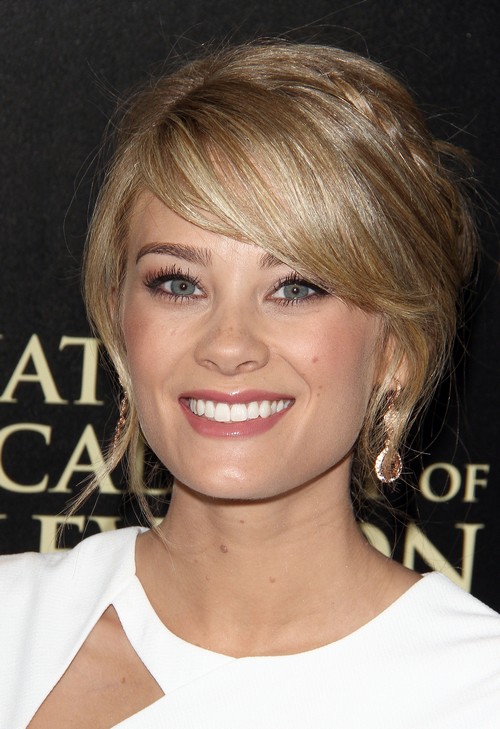 The Bold and the Beautiful spoilers recently confirmed that Kim Matula was quitting the CBS soap and her character Hope Logan would be exiting the daytime drama very soon. Naturally B&B fans were shocked by the news, considering Hope Logan is a key character and dominates most of the storylines that go down on Bold and the Beautiful. Matula explained to her fans that she wanted to branch out and work on other projects and tweeted, “I made the incredibly difficult decision not to re-sign my contract so that I could spread my wings as an actor and see what this big beautiful world has to offer.”

The December 1st edition of GLOBE Magazine reveals that TPTB at Bold and the Beautiful tried desperately to keep Matula on the canvas, and tried to bribe her with pay incentives, but Matula was adamant that she was leaving and left the CBS soap in a huge predicament. GLOBE reveals that “Bosses have bent over backwards to give her the juiciest storylines, but it seems she thinks the soaps are small potatoes.” And, by juiciest storylines they mean – right now Hope is pregnant and married to Wyatt Fuller, but in love with his brother Liam.

We’re all for actresses spreading their wings, more power to you. But, after all of the trouble The Bold and the Beautiful has gone through to keep Kim happy and give her good storylines, couldn’t she have at least had the decency to give them a heads up a few months in advance? Now, the writers and producers are scrambling trying to figure out how to explain away the show’s core love triangle – and pregnant Hope. Regardless of what exit they film for Hope, fans are going to want to know where Hope is and where the baby is.

What do you think B&B fans, will Kim Matula’s unexpected exit hurt the CBS soap’s ratings? Do you think that she could have handled her exit a little more gracefully and given the writers and producers a chance to figure out a good exit story for her? How do you think Hope will leave? Of course the biggest question is whether or not B&B will replace Hope. Let us know in the comments below! Come back tomorrow for more The Bold and the Beautiful spoilers from CDL!