General Hospital Spoilers: Hope of Bold and the Beautiful Recast as Julie Marie Berman – Returning To GH as Lulu’s Cousin? 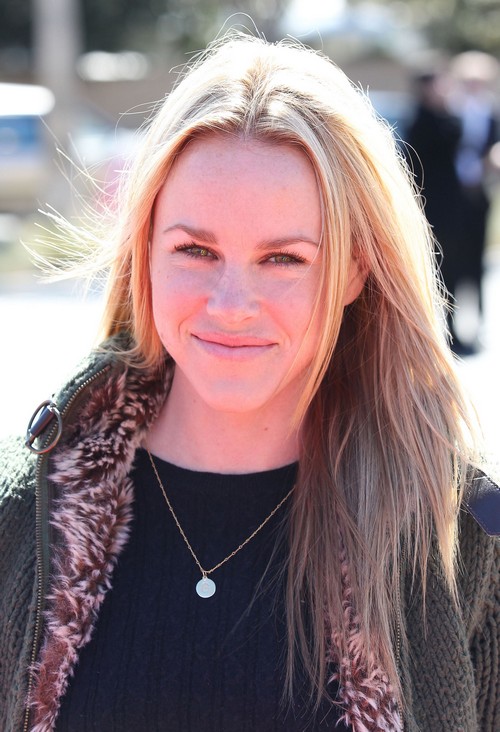 The General Hospital spoilers rumor mill is in overdrive today as two conflicting soap spoilers hit the Internet and spiral out of control. Fresh off the news of some major General Hospital cast downsizing (Kelly Thiebaud, Marc Anthony Samuel, and John J. York all bumped down to recurring), rumors have emerged that General Hospital alum Julie Marie Berman (ex Lulu Falconeri) is making a major come back. The question is – which soap is she making a come back on?

Interestingly, today social media was abuzz with news that Julie Marie Berman was rejoining the cast of General Hospital in a new role, as the current Lulu Falconeri’s cousin – which would make her a secret child of Bobbie’s? Berman just quit General Hospital back in 2013 to pursue other things, maybe she realize the grass isn’t always greener on the other side for a struggling actress? Regardless, this rumor is also nothing more than a rumor.

So GH and B&B fans, are you as baffled with the Julie Marie Berman rumors as we are? Do you think there are any truth to them? Would you like to see Berman join Bold and the Beautiful, or General Hospital? Let us know what you think in the comments below and don’t forget to check CDL tomorrow for more General Hospital and Bold and the Beautiful spoilers.

Fans at Soap Opera Spy Facebook page are taken with the idea of Julie Marie Berman getting back into soaps – perhaps Ms. Berman will do just that!

I think Julie Berman will be a better Hope Logan!! Great choice!!

We need her and Genie on GH

SERIOUSLY!!! They’re bringing everyone else back! We NEED Genie, particularly with Luke in Miscavige!

I still miss her on general hospital Much better Lulu.

I would love it if she would come back to GH as a cousin or perhaps a twin! That would be super cool.

I would love to see her back on GH.

Come back to GH!!

I think she will fit right in!!

is a good actress, but I have never really accepted her as Lulu. She seems like a different character to me.

This makes me SOOOO mad!! Julie left GH thinking she was going to make it big. Now that it didn’t happen she’s going to come back??!!

She is a good actress . Like her. Lulu she was good

Hope’s character on The Bold and the Beautiful is supposed to be retired when Kim Matula exits – of course you never know. As far as GH goes they seem to be absolutely full of characters at the moment so it’s not easy to see TPTB bringing on more people right now.