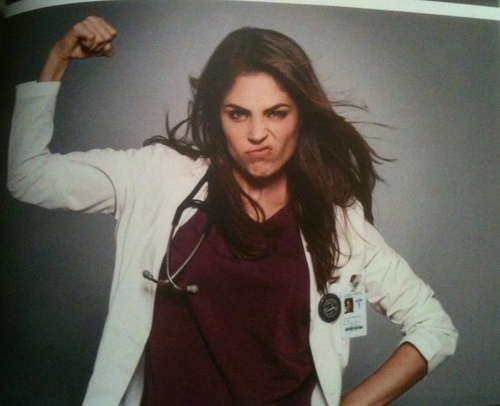 General Hospital rumors and spoilers have been floating around the internet touting cast news for months now claiming that GH actress Kelly Thiebaud was out, and quitting the ABC soap. Thiebaud has played the part of Dr. Britt Westbourne on General Hospital since 2012, however recently her storylines have been few and far between and she only appears on the canvas a half dozen times a month – further fueling rumors that she is on her way out.

So, is Britt Westbourne leaving General Hospital? Well, according to General Hospital spoilers and cast news in a report from Daytime Confidential – yes. The website claims to have legitimate sources at General Hospital who have confirmed that Kelly Thiebaud is leaving the ABC soap due to issues with her contract negotiations. Considering the fact that we know Kelly’s contract is up soon, she has been slowly phased out of major storylines, and the rumor is all over the web – it’s pretty clear that Dr. Britt will be exiting, that is unless TPTB decide to recast the character.

Ironically, Kelly’s boyfriend Bryan Craig, who plays the part of Morgan Corinthos, is at the center of the ABC soap and doesn’t appear to be going anywhere anytime soon, which could make for some awkward pillow talk. “So honey – how was your day at the job that kicked me to the curb?”

So GH fans, will you miss Kelly Thiebaud or are you happy to see her go? How will the character exit? Will she leave Port Charles or be killed off? Would you like to see the character recast? Let us know what you think in the comments below!