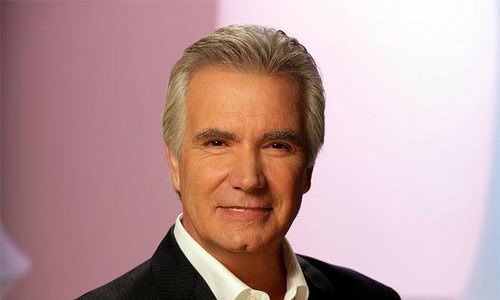 The Bold and the Beautiful spoilers and coming and going news tease that John McCook is making a brief exit from the CBS soap. His character, Eric Forrester, will be joining Brooke Logan, Hope Logan, and Wyatt fuller in Milan. According to Bold and the Beautiful spoilers during the week of January 5th, Eric will announce that he is headed to Europe to help Brooke out in Forrester Creations’s Milan office. Eric’s visit will be brief because coming and going news for the CBS soap have already confirmed that Brooke Logan will be back in Los Angeles at Forrester Creations on January 22nd.

According to Bold and the Beautiful spoilers, before Eric Forrester leaves town he will make a shocking announcement. Rick Forrester has been pressuring his father Eric to sign the family business over to him for quite some time – despite the desperate pleas from Ridge Forrester to reconsider.

B&B spoilers reveal that Eric finally caves in to Rick’s pressure and signs the documents giving him full control of Forrester Creations. Rick and Maya have been scheming for weeks to take over the company – and now that the power is in their hands, there is no telling what they will do next. Rumor has it that the first order of business on Rick’s agenda will be to fire his wife Caroline and his brother Ridge Forrester.

So, B&B fans, are you as shocked as we are that Eric Forrester is going to sign over the company to Rick? Do you think that rick will fire Ridge and Caroline? What kind of havoc will Rick cause once he is officially in charge? Eric and Brooke are both technically single again – do you think sparks will fly between them again while they are working together in Europe? Let us know what you think in the comments below and don’t forget to check CDL tomorrow for more Bold and the Beautiful spoilers and news.