The Bold and the Beautiful Spoilers: Shock Storyline – Liam and Wyatt Fight Over Ivy With Hope Gone? 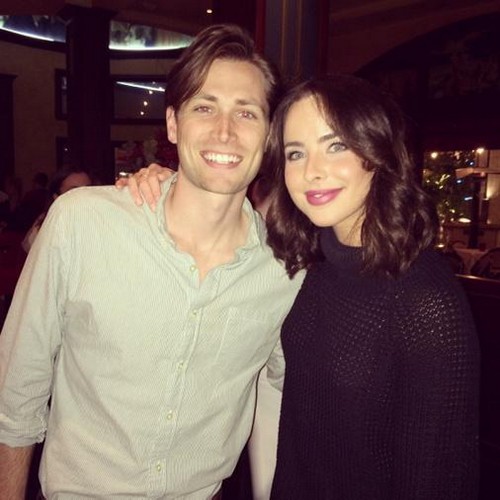 The Bold and the Beautiful spoilers tease that Ivy Forrester and Liam Spencer will spend their first New Year’s Eve together as an official couple, and sparks are set to fly between the two lovebirds. With Hope Logan officially out of the picture and off to Italy until TPTB at Bold and the Beautiful find a Kim Matula recast – it seems like Ivy and Liam have no obstacles standing between them and happily ever after. Or do they?

Rumors have been floating around for quite a while now, actually since the day that Bold and the Beautiful comings and goings revealed that Ashleigh Brewer had been cast – that Ivy Forrester and Wyatt Fuller would wind up together. Although, as of recently it seemed like that pairing just wasn’t in the cards, the latest edition of Soap Opera Digest says otherwise.

While dishing on Bold and the Beautiful spoilers for 2015, executive producer Bradley Bell revealed that he had big plans for Liam, Wyatt, and Ivy. Bell dished, “I have some real plans involving the Spencer brothers and Ivy, and it is going to be a major acting challenge for Ashleigh Brewer. She is such a Forrester, and the drama is coming like a freight train right at her in 2015.”

The EP’s spoilers regarding an upcoming storyline between Liam, Ivy, and Wyatt – definitely have us a little worried that we are still on the Hope Logan merry-go-round and the writers are basically interchanging Ivy as the center of Liam and Wyatt’s love triangle. Do you think that when Wyatt returns from Italy he may make a play for Ivy to get back at Liam for meddling in his and Hope’s relationship? Do you think Ivy would really be interested in Wyatt? Let us know what you think in the comments below and don’t forget to check CDL tomorrow for more Bold and the Beautiful spoilers and news.