The Bold and the Beautiful Spoilers: The New Hope Returns With Wyatt After Darin Brooks Leaves B&B To Film Movie? 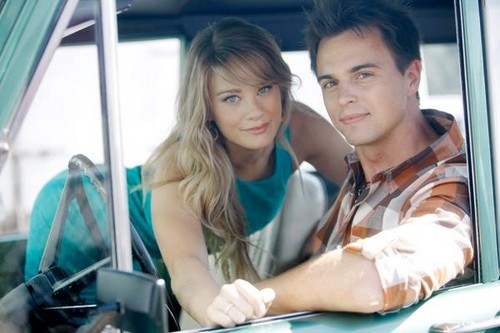 The Bold and the Beautiful spoilers have been leaking nearly every day regarding new comings and goings news, and B&B fans can barely keep all the news and rumors straight. With all of the drama surrounding Hope Logan’s exit, Kim Matula’s recast, and Jacqueline MacInnes Wood’s big return as Steffy Forrester – Darin Brooks reportedly slipped away to film the Blue Mountain State Movie, without anyone realizing it.

According to Bold and the Beautiful spoilers in the latest edition of CBS Soaps In Depth, Darin Brooks took some time off to film his upcoming movie, and hasn’t been on the B&B set since November 17! The magazine explains that he will return to filming some time in late December, and should be returning to the canvas in January. Regardless of the exact date Brooks returns to the set – the bottom line is, if he hasn’t been filming for a month, then he won’t appear on the CBS soap for a month.

Bold and the Beautiful spoilers recently confirmed that Hope Logan’s final air date would be on December 12. Seeing as how Wyatt just lost his unborn child, and his wife up and left him and travelled to Italy – there are plenty of ways the writers could creatively address Wyatt’s month long absence. He could follow Hope to Europe to try and repair their marriage, or he could go MIA to do some soul-searching of his own.

So B&B fans, what do you think of Wyatt Fuller being off the CBS soap for a month? How do you think the writers will handle his hiatus? When Wyatt returns, will he bring the Hope Logan recast home with him? Let us know what you think in the comments below and don’t forget to check CDL tomorrow for more Bold and the Beautiful spoilers and news.