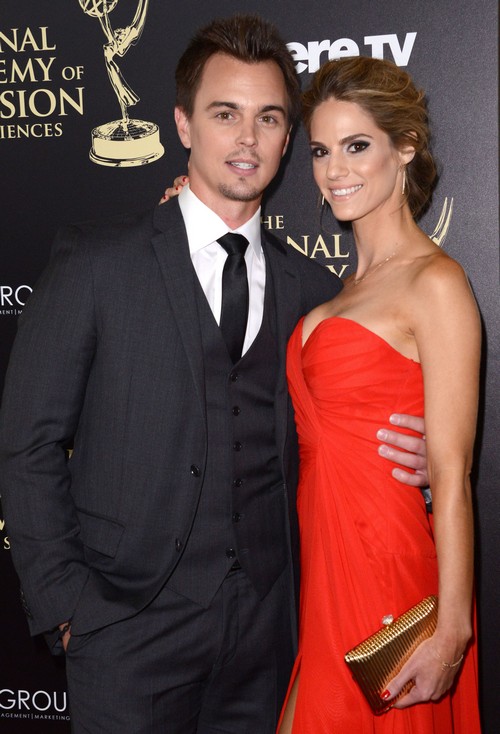 The Bold and the Beautiful spoilers and coming and going casting news recently confirmed that Kim Matula quit the CBS soap and her character Hope Logan was exiting the canvas. But that changed! On Friday’s episode (Dec. 12) Kim Matula’s final episode aired, and her character was ushered off B&B after losing the baby, leaving Los Angeles to travel to Italy to stay with her mother. Executive producer Bradley Bell confirmed in an interview (and it was all over Twitter) on December 5 that Hope was only leaving temporarily and TPTB would be recasting the role with a new actress.

When Bold and the Beautiful spoilers confirmed that Kim Matula would be replaced with a recast, the internet went in to overdrive speculating what actress would be taking on the part of Hope Logan next. Days of Our Lives star Chrishell Stauss is a popular contender, and the name Julie Berman (of General Hospital) has been tossed around as well. However, no one from Bold and the Beautiful has confirmed nor denied these rumored recasts. At this point, we aren’t even certain whether they have even begun looking for a new Hope Logan, or they may have already cast the character in secrecy and are trying to keep the news quiet for the time being.

A new recast rumor has popped up on social media regarding the character of Hope Logan being played by Darin Brooks’s [Wyatt Fuller] real-life fianceé Kelly Kruger. Kruger has guest starred on The Bold and the Beautiful as a Forrester Creations employee Eva, but rumor has it she is currently being considered as Kim Matula’s replacement. Seeing as how Kruger and Brooks are engaged in real life, there will be no shortage of chemistry between her and her future hubby’s character Wyatt Fuller.

So B&B fans, are you happy that the character of Hope Logan is being recast, or do you think the character should be written out of the story all together? Who would you like to see replace Kim Matula? Would Kelly Kruger be a good fit, or would you rather see Chrishell Stauss or Julie Berman take on the role? Let us know what you think in the comments below and don’t forget to check CDL tomorrow for more Bold and the Beautiful spoilers and news.