The Bold and the Beautiful Spoilers: Liam Tries To Win Back Hope After Wyatt Wedding With Encouragement From Ali and Ivy 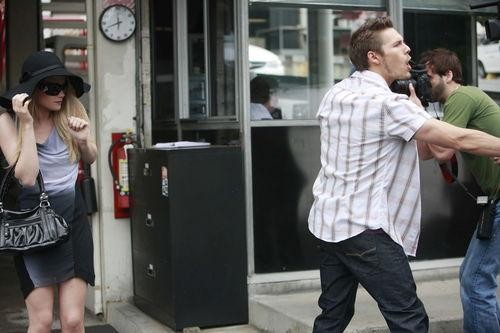 The Bold and the Beautiful spoilers teased for weeks that a couple would be getting married in Paris, France. But, the last couple any of us expected it to be was Wyatt and Hope, especially since when Hope arrived in Europe she was still Liam’s girlfriend. A course of unfortunate events, obviously influenced by Wyatt’s crazy Mom Quinn resulted in Liam missing his date with Hope at the Eiffel Tower because he was busy fishing Ivy Forrester out of the Seine River.

When Liam finally arrived at the tower, Hope was long gone, and Wyatt was comforting her since Liam stood her up, or so she though. Hope was apparently so devastated about Liam ditching her, that she decided to marry Wyatt, then and there.

According to Bold and the Beautiful spoilers, Hope marrying Wyatt doesn’t mean it is the end of the Liam-Hope-Wyatt love triangle, not even close. Fans that assumed Hope had made her final decision by saying her “I Do’s” with Wyatt…are sadly mistaken. Bold and the Beautiful spoilers tease that Liam is not ready to give up on his half-brother’s bride.

After a pep talk from Ivy and Ali, they convince him to tell Hope what happened and Paris and why he was late. They truly believe that once Hope knows why Liam didn’t show up, she will have a change of heart about her wedding to Wyatt.

The bottom line is, if Hope truly cared about Liam that much there is no way she would be able to change teams and marry Wyatt at the drop of a hat. What do you think B&B fans? When Liam explains to Hope what happened in Paris, will she realize she made a huge mistake marrying Wyatt? Or, will she stand by her decision? Let us know what you think in the comments below and don’t forget to check CDL for more Bold and the Beautiful spoilers.