The Bold and the Beautiful Spoilers: Will Liam Take Hope Back After Quinn Exposed – Wyatt Tries To Whitewash Fraudulent Marriage 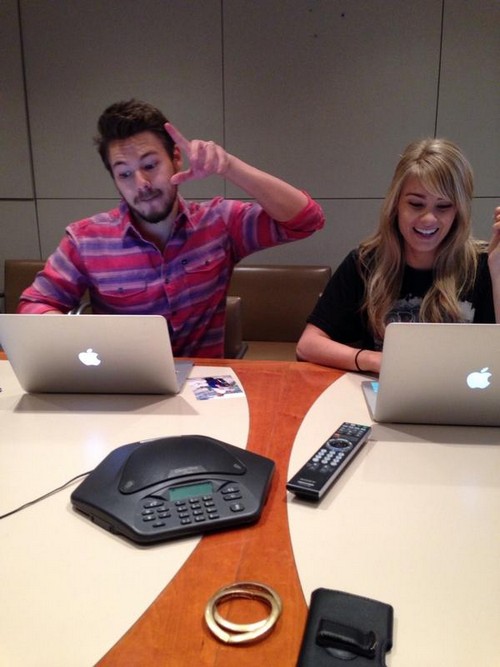 The Bold and the Beautiful spoilers reveal that the Liam-Hope-Wyatt love triangle is far from over. When the three headed to Paris and in a shocking twist, Hope and Wyatt wound up getting married instead of Liam and Hope, we assumed that the love triangle had finally come to an end. But, recent events tease that is not the case.

According to Bold and the Beautiful spoilers, the week of September 15 all hell breaks loose on the CBS soap opera when the truth about Quinn’s trip to Paris comes to light. Charlie managed to track down video footage which clearly shows Quinn pushing Ivy in to the river, which means that Quinn made sure Liam was late to meet Hope at the Eiffel Tower, and if it wasn’t for Quinn, Hope would be married to Liam right now and not Wyatt.

Hope basically scored a “Get Out Of Your Marriage For Free” card, now that Charlie was able to prove that Quinn is the reason Liam didn’t show up at the Eiffel Tower. Hope was already having second thoughts about marrying Wyatt when she realized how much it bothered her that Ivy was moving in on Liam, now is her chance to back out of her marriage without looking a selfish witch with a heart of ice. Hope basically has a second chance to choose between Wyatt or Liam.

Bold and the Beautiful spoilers reveal that during the week of September 15th Wyatt will be busy trying to smooth thing over with her new bride and desperately attempting to prove to her that she married the right man. And, Liam is obviously livid that Quinn destroyed his chance of marrying Hope, and seeks revenge. The real question is, if Hope announces in lieu of Charlie’s evidence she is going to leave Wyatt and be with Liam, will Liam actually take her back? After all, all it took was him being literally five minutes late to their rendezvous and she up and married his half-brother. Is that really the kind of woman that he wants?

So B&B fans, do you think that Hope will change her mind when she learns that Quinn made Liam late in Paris? Do you think that Liam will actually take her back if she chooses him over Wyatt? Let us know what you think in the comments below and don’t forget to check CDL tomorrow for more Bold and the Beautiful spoilers.