The Bold and the Beautiful Spoilers: Will Ivy Tell Hope and Bill She Remembers Being Pushed Over The Bridge by Quinn? 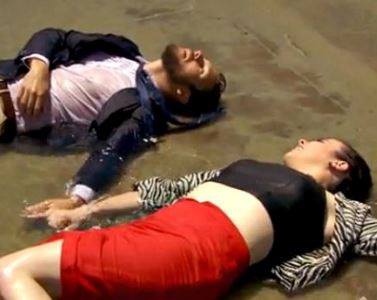 The Bold and the Beautiful spoilers tease that Wyatt Fuller’s scheming mother Quinn might just be exposed sooner rather than later. No one knows that Quinn followed Hope, Liam, Wyatt, and Ivy to Paris. And, if it weren’t for Quinn’s meddling Hope would be married to Liam right now, instead of Wyatt. The reason Hope married Wyatt in Paris was because she thought that Liam had ditched her and didn’t come to meet her, little did she know Liam was late because he stopped to help Ivy Forrester out of the river after a stranger bumped in to her on the bridge. Quinn Fuller is the “stranger” that pushed Ivy in to the river.

On the Wednesday August 27 episode of Bold and the Beautiful, Ivy revealed to Aly that she remembered a detail from when she was pushed in to the river, and she is pretty sure it was a woman who “bumped in to her.” If Ivy realizes that it was Wyatt’s mother Quinn that pushed her in to the river, it could be the smoking gun that ends Wyatt and Hope’s marriage for good. Hope already is having second thoughts about marrying Wyatt now that she knows Liam was in Paris, once she learns that Quinn is the reason Liam missed their rendezvous at the Eiffel Tower, she could decide that marrying Wyatt was a mistake.

Bold and the Beautiful spoilers have teased that Ivy Forrester is interested in Liam, and will try to pursue a relationship with him. If Ivy remembers that it was Quinn that pushed her in to the river, there is a chance she could keep it a secret and not tell Hope. If she is interested in Liam, then it wouldn’t make sense for her to reveal information that could reunite Hope and Liam.

What do you think B&B fans? Do you think Ivy will remember that Quinn pushed her in the river? Does she already know it was Quinn and has decided to keep it a secret? If she reveals that truth about Quinn, will Hope leave Wyatt? Let us know what you think in the comments below and don’t forget to check CDL tomorrow for more Bold and the Beautiful spoilers.