The Bold and the Beautiful Spoilers: Deacon Proposes To Brooke – How Do Bill and Ridge React – Another B&B Wedding? 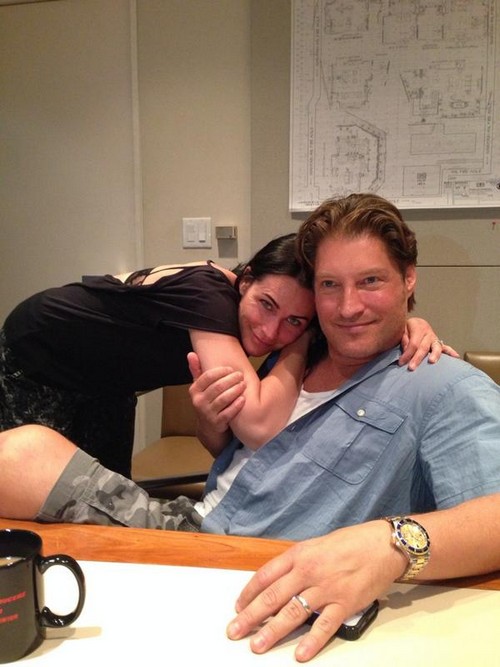 The Bold and the Beautiful spoilers recently revealed that despite Bill’s multiple attempts to get Brooke Logan down the aisle this summer, his frazzled fiancée finally tells him the wedding is off…indefinitely. After learning that Bill’s helicopter stunt in Abu Dhabi rendered Brooke’s baby-daddy artistically crippled, and he is no longer able to sketch designs for Forrester Creations, Brooke decided to kick Bill to the curb. She originally forgave Bill for having Ridge dumped in the Persian Gulf since he wasn’t injured, but now that Brooke is learning that Ridge is suffering serious side effects from his impromptu dip, Bill’s actions are unforgivable.

According to Bold and the Beautiful spoilers, there still might be another wedding in the works though. Brooke Logan is a hot commodity (probably because the only other woman her age on B&B is certifiably insane), and just days after turning down Bill Spencer she receives another marriage proposal. Bold and the Beautiful spoilers tease that Brooke’s baby-daddy gets down on one knee and pops the question, just moments after Brooke is back on the market. It’s anyone’s guess whether or not she says “yes,” but considering her track record we would all be shocked if she actually says “no.”

So B&B fans, do you think Brooke will accept Deacon’s proposal right after she breaks off her engagement with Bill? After all, her daughter Hope accepted Wyatt’s proposal literally ten minutes after Liam didn’t show up, so it’s not out of the realm of possibility. Would you rather see Brooke with Deacon or Bill? And, how do you think Bill will react if Brooke agrees to marry Deacon? Let us know what you think in the comments below and don’t forget to check CDL tomorrow for more Bold and the Beautiful spoilers.